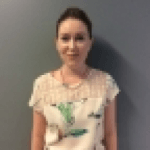 Romania has the largest so-called “VAT gap,” the difference between actual and expected VAT revenues, in the European Union. According to a 2019 European Commission study, 36% of Romania’s VAT revenues, EUR 6.41 billion, went missing in 2017. Romania’s VAT gap reached 48% in 2011, following a sharp increase in the standard VAT rate from 19% to 24% in 2010. This was not surprising, as studies indicate that compliance falls when VAT rates rise, especially in countries with weaker enforcement mechanisms. More troubling is that Romania’s VAT gap was higher in 2017 than in 2016, despite two reductions of the standard rate, from 24% to 20% in 2016 and from 20% to 19% in 2017.

A high VAT gap might be an indicator of widespread VAT fraud, although some “missing” revenues result from legal tax avoidance. It may also indicate low effectiveness of VAT collection or enforcement. Whatever the cause, VAT non-compliance reduces economic productivity and impedes development. As a result, legal instruments intended to prevent lost VAT, such as the Standard Audit File for Tax (SAF-T), are being introduced in Romania and throughout the European Union.

SAF-T, a standardized XML format containing exported accounting information, is intended to improve error detection by allowing auditors to access data in an easily readable format. By facilitating submission and reducing compliance costs, it’s also designed to increase voluntary compliance. Developed in 2005 by the OECD, SAF-T has been introduced in several EU countries, including Portugal, Luxembourg, France, Austria, Poland, Lithuania, and Norway. Following these countries, the Romanian National Agency for Fiscal Administration (ANAF) has announced a project, “Strengthening the capacity of the National Agency for Fiscal Administration to support modernization initiatives,” that would include implementation of SAF-T. Specifically, ANAF has stated its expectation that “[t]he Standard Audit File (SAF-T) [will be] implemented, representing a standardized structure of information relevant for fiscal controls in order to reduce the cost of compliance for companies…SAF-T will contribute to ensuring equity in the conduct of economic activities, as well as to improving voluntary compliance by reducing the effort of both parties in the allocation of human and material resources.” Reports indicate that ANAF intends to introduce a pilot regime during 2020, though very few official details are currently known. For example, it’s unclear who will be required to submit data in the SAF-T format and whether submission will be periodic or on demand.

Effectiveness of SAF-T in closing the VAT gap

Romania’s introduction of SAF-T would undoubtedly constitute an important step toward reducing fraud and closing the VAT gap. SAF-T’s advantage is efficient and speedy evaluation of large volumes of data, and countries that have implemented SAF-T have significantly increased their VAT revenues. For example, Poland’s VAT revenues increased by 23% in the year following initial SAF-T implementation. However, although SAF-T is a useful fraud prevention mechanism, there are limitations to its effectiveness. SAF-T data is submitted upon request or periodically, not on an ongoing basis. There is no automatic transfer between tax authorities and law enforcement or other bodies. Some experts suggest that SAF-T is only useful in detecting formal errors, such as an incorrect Taxpayer Identification Number, as opposed to actual VAT fraud. SAF-T neither detects missing receipts or invoices nor distinguishes between genuine and false invoices. In other words, SAF-T is just one tool in the fraud prevention toolbox.

As Romania continues to move toward closing the VAT gap, compliance will become increasingly burdensome. Although SAF-T is said to benefit taxpayers by facilitating submissions, SAF-T compliance is difficult in practice. Learn how Sovos’s SAF-T solution can help companies stay compliant.

Denise Hatem is a Regulatory Counsel at Sovos specializing in international taxation, with a focus on value added tax systems in the European Union. Denise received her B.A. from the University of Connecticut and her J.D. from Notre Dame Law School. She is a member of the Massachusetts Bar.
Share This Post
Share on facebook
Share on twitter
Share on linkedin
Share on email
North America ShipCompliant
2022 Direct-to-Consumer Wine Shipping Mid-Year Report