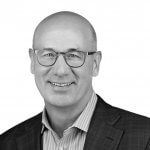 Today, we announced the acquisition of Stockholm-based TrustWeaver to create a clear leader in modern tax software.

TrustWeaver has become a seal of approval for the world’s largest procure-to-pay and AP systems. This is a testament not only to the effectiveness of its e-invoicing software and integrations, but also to its ability to monitor and interpret regulatory change around the world.

With the acquisition, we are poised to do three big things together:

Governments are quickly adopting digital models to better collect every type of transactional tax, including VAT, GST and sales & use tax. As a result, businesses are faced with mounting complexity, rising costs and unparalleled risks.

Last month, the European Commission granted Italy permission to mandate e-invoicing, making it the first country in the European Union to do so. Italy’s move paves the way for rapid expansion of real-time, transaction-level reporting in Europe.

The game is changing.

Here at Sovos, we’ve assembled the only solution capable of dealing with the complexities of modern tax, a complete software platform with global tax determination, complete e-invoicing compliance and a full range of tax reporting solutions including e-accounting and e-ledger.

TrustWeaver is our third e-invoicing acquisition in two years, and it’s one of the most important acquisitions in our history.

TrustWeaver has built up coverage across Europe, the Middle East, Africa and Asia Pacific regions, complementing our strength in Latin America. And, it adds support for “post-audit” compliance, including e-signatures in compliance with the eIDAS Regulation, which is an onerous set of standards for electronic trust and identification in Europe.

With the addition of TrustWeaver, we’re one step closer to our mission, which is to reduce the friction between businesses and governments so commerce can grow faster and communities can thrive by simply collecting the tax they’re already owed.

As president and Chief Executive Officer, Andy guides Sovos’ mission to deliver peace of mind through intelligent compliance for the 4,500 clients that are met with demanding tax compliance and reporting obligations while growing their businesses. Andy joined the company in January 2013 at a time when the industry expertise, market leadership and experience of Taxware, VAT Resource, Convey and ShipCompliant solutions were combined under Sovos to resolve businesses’ most complex compliance challenges on a global scale. His leadership experience spans more than 25 years, during which time he has successfully grown technology companies with a forward-thinking approach to solving key challenges in the services and manufacturing industries. With 15 years of experience in regulatory and compliance software, Andy understands the challenges faced with business-to-government compliance and ensures Sovos serves as a proactive partner in compliance, rather than a reactive solution. Andy holds a B.A. in Business Management & Marketing from Cornell University and an M.B.A. from Tulane University.
Share This Post
North America ShipCompliant
Is Delaware DtC Wine Shipping Right Around the Corner?

Delaware State Rep. Mike Smith (R-Pike Creek Valley) plans to introduce legislation that will open up direct-to-consumer (DtC) wine shipping to Delawareans. Currently, state residents can legally purchase wine through the three-tier system but are not able to purchase directly from a winery and have the product shipped to their front door. Smith’s bill would […]

Microsoft users have been pushing toward the shift to the cloud and modernizing their IT strategy. However, it is essential they do not overlook their sales tax strategy as a factor in these decisions. As businesses grow and tax regulations become more complex, it will be beneficial to keep sales tax compliance manageable. Sovos recently […]

As 2022 draws to a close, it’s time to look back and reflect on the year that was. For beverage alcohol regulation, 2022 saw an interesting mix of big changes on one hand and stagnation on the other. On the direct-to-consumer (DtC) shipping front, there was little overall change, at least compared to the admittedly […]