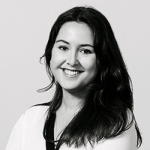 With little over a month left to go before the first phase of Indian invoice clearance reform goes live, authorities are still busy finalizing the technical framework and infrastructure to support it.

Just a few days ago, changes were made to the explanatory schema of the JSON file that will report data to the tax authority, as well as to the FAQ document in which most technical instructions and clarifications are contained. A notable change, however, lies in something else entirely: the introduction of a new protocol for business-to-business e-invoice exchange.

While Indian authorities have categorized this indirect tax control reform that has been going on for the past year as an e-invoicing reform, as opposed to real-time reporting or a hybrid thereof, the technical guidance available tells a different story. The architecture and workflow paint the picture of real-time clearance of invoice data reports, through which the government platform (called the Invoice Registration Portal, or IRP) clears invoice data in a JSON file structure.

As opposed to a traditional e-invoice clearance system (such as that of Italy or Mexico) the cleared JSON doesn’t automatically constitute the one-and-only fiscally valid invoice – taxpayers in India will instead continue to be free to decide which format (structured format, pdf or even paper) to exchange with their trading partners, as well as how that document should be exchanged (email, through a service provider, or by post). The only comparable restriction set out by the new legislation is tied to the concept of the Invoice Reference Number (IRN): an invoice is only to be considered as fiscally valid if it includes an IRN generated by the government platform.

With the new protocol, it’s likely that the authorities have taken market feedback into consideration and now seem to also be focusing on increasing “point-to-point” automation efforts as part of the tax control reform. In other words, Indian authorities are now formalizing the method through which the invoice exchange should happen between suppliers and buyers.

According to the GSTN, there are two primary aspects that this protocol attempts to address:

GSTN proposes to put in place a mechanism for ensuring both, by defining a protocol for dispatch and reception to be accepted and implemented by businesses. GSTN will host a central resolver service, proposed to be called BNRS (Business Name Registry Service), which will be utilized by taxpayers to look up the relevant endpoints of their counterparty to be able to transmit the JSON invoice in a standardized manner.

However, in order to achieve these goals set out by the GSTN, more guidance will be needed from official sources. Given the limited time left until the first phase of the roll-out and the technical restrictions of mandating a “point-to-point” framework, there’s also a risk that this well-intended initiative that has a high potential to simplify compliance for Indian businesses won’t be made generally available in time for the first go-live on April 1.