E-invoicing Trends Across the Middle East and North Africa 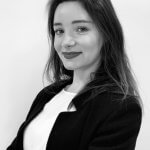 The concept of e-invoicing as a vehicle for increased tax control and cost reduction, continues to spread into new areas of the world. The number of countries adopting e-invoicing regimes are rising in the Middle East and North Africa as both governments and businesses by now are well-aware of the benefits. While some countries in these regions have already embraced e-invoicing, others are on their way to adopt Continuous Transaction Controls (CTC) systems. Even though the countries in these regions follow different approaches, the initial goal is the same: digital transformation of tax controls.

In the Middle East there are many moving pieces. The United Arab Emirates, Saudi Arabia, Oman and Qatar have already permitted e-invoicing. Following the introduction of VAT in January 2018, Saudi Arabia also started promoting a national electronic invoicing platform called ESAL. Oman and Qatar have yet to implement VAT but once they have, e-invoicing will be even more significant for these countries and they’ll take inspiration from other countries in the region that are moving towards CTC regimes.

In Jordan, the tax authority is conducting research to analyze CTC regimes in different countries, which is a strong signal that they too may very soon announce their intention to introduce a new CTC e-invoicing system.

Israel has recently revealed its new CTC regime plans and advised accounting software vendors to prepare for the upcoming CTC regime. After Israel’s adoption of a CTC regime, developments in the region will accelerate in a domino effect.

Tunisia is a pioneer for e-invoicing. Since 2016, electronic issuing of invoices has been regulated in the Finance Law and e-invoicing is mandatory for larger taxpayers. The Tunisian e-invoicing regime requires e-invoices to be registered by a government appointed authority and therefore falls within the CTC framework.

Another country quickly moving towards a CTC framework is Egypt. The Egyptian Government has for some time been assessing best practices for CTC regimes. Finally, in April 2020, a decree mandating e-invoicing for all registered businesses was published in the country. However, the details of the e-invoicing system are yet to be disclosed. The technical controls and conditions to be adhered to and the stages of implementing the e-invoice system will be defined by the Egyptian Tax Authority.

Morocco has also been watching different e-invoicing systems. After Egypt’s e-invoicing initiatives, the Moroccan Government is a likely candidate to make a similar move towards mandating e-invoicing for taxpayers registered in the country.

It’s clear that e-invoicing, in all its shapes and versions, is a trend that is becoming increasingly popular across the Middle East and North Africa where the introduction of CTC regimes is expected in the coming years. Although there are likely to be similarities in the measures taken, each country has its own unique characteristics when it comes to taxation, tax control challenges and legal culture, and as a result diversity in each regime should be expected.

Selin is Regulatory Counsel at Sovos. Based in Stockholm and originally from Turkey, Selin’s background is in corporate and commercial law, and currently specializes in global e-invoicing compliance. Selin earned a Law degree in her home country and has a master’s degree in Law and Economics. She speaks Russian, Arabic, English and Turkish.
Share This Post
North America ShipCompliant
5 Essential Questions to Ask When Searching for a Compliance Partner