What the New E-988 Surcharge Means for Tax Compliance 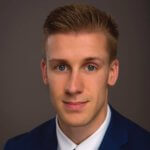 In sales tax, ideas spread fast. In the new E-988 surcharge, we may be seeing the very beginning stages of what ultimately might become a new and expansive tax compliance requirement for sellers of prepaid wireless products and services.

It all started in July 2020 when the Federal Communication Commission (FCC) adopted regulations designating the three-digit phone number of 988 as a national crisis response number for suicide prevention and mental health – a worthy cause to be sure. The new phone number acts in a similar manner to 911 for emergency response, but the 988 number is specifically designed to handle calls involving mental health crises. A call placed to 988 would connect a person with the National Suicide Prevention Lifeline. The new FCC regulations recognized that funding this hotline fell outside their jurisdiction but were confident stakeholders (including the states), would explore appropriate funding options.

The funding mechanism chosen by some states has been the introduction of an “E-988 surcharge.” The surcharge is a fee charged on retail transactions of postpaid or prepaid wireless telecommunications service and it is the responsibility of the seller/provider to collect and remit. This idea of a surcharge for funding a hotline is nothing new. Many states already impose a similar E-911 surcharge to fund emergency services hotlines around the United States. Virginia and Colorado have been the first states to actively impose such surcharges.

On March 18, 2021, Virginia passed Senate Bill 1302 as the first in the nation to establish a call center and fund for 988 calls. The law, effective July 1, 2021, increases the already existing E-911 surcharge and creates an E-988 surcharge on each retail transaction for postpaid or prepaid wireless services. Although the surcharges are separate, the Virginia Department of Revenue’s sales tax returns combines the two so that there is single line E-911/E-988 surcharge in the amount of $0.63 for prepaid wireless ($0.55 for E-911 and $0.08 for E-988). So, a customer paying for wireless service in Virginia will pay a combined E-988/E-911 surcharge. Furthermore, the money raised from the new E-988 surcharge will go to fund a crisis call center, mobile response teams and a mental health awareness alert system.

Combining the fee this way on the sales tax return creates the possibility of confusion in distributing the funds to the appropriate program. However, combining the two fees has substantial logical appeal since they have virtually identical structures.

The new 988 hotline creates new infrastructure and services for facilitating mental health and suicide prevention and also creates new tax obligations and liabilities for consumers and servicers alike. For example, California’s (appropriately named) Assembly Bill 988 and Kansas’ House Bill 2281 are currently in the works through their legislatures to provide for similar E-988 surcharges. As a result, as more states advocate legislation through their governmental bodies, the need for addressing compliance concerns for the new E-988 surcharges is ever growing.

Want to learn the latest about sales and use tax requirements? Check out our second annual Sovos Sales and Use Tax report to better understand how to reduce financial and reputational risk.

Non-EU companies are required to appoint a Fiscal Representative in order to be registered for VAT in many Member States. Following the end of the Brexit transition agreement on 31 December 2021, this was a consideration for UK companies who wanted to remain registered or had to register as a result of changes to supply […]

When the French Tax Authority published its report last fall, unveiling the continuous transaction control (CTC) plans for France, we questioned whether it would be possible to finalise all the details of this system in less than a year, to allow sufficient time for businesses to adapt. Although the French Treasury (DGFiP) has made good […]

EMEA IPT
IPT Compliance in the UK: What Does the Metropolitan Fire Brigade Act Mean for Insurers in Greater London?

IPT compliance is complex, especially when insurers are writing across multiple regions, jurisdictions or boroughs.