Beverage Alcohol Regulation in 2022 – A Year in Review 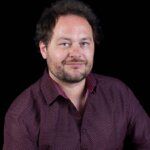 As 2022 draws to a close, it’s time to look back and reflect on the year that was. For beverage alcohol regulation, 2022 saw an interesting mix of big changes on one hand and stagnation on the other.

On the direct-to-consumer (DtC) shipping front, there was little overall change, at least compared to the admittedly brash predictions some had bandied about in 2021. Efforts to expand DtC shipping permission to distillers, brewers and retailers largely failed, with the collapse of legislation in California being perhaps the most disappointing. Only Vermont ended up expanding DtC shipping permissions in 2022, and only for limited spirits products. Otherwise, changes around DtC were mostly on the edges, removing some minor barriers and adding others, but largely keeping things the same.

However, that does not mean that states were quiet when it came to alcohol related legislation. Instead, their work was much more related to local issues, including making to-go cocktails permanent and establishing regulations on third-party local delivery services like Uber Eats.

The federal government was also very busy when it came to beverage alcohol regulations this year. Following the publication of the Treasury Department’s report on competition, the Tax and Trade Bureau (TTB) has issued several calls for notice and comment rulemaking to amend their policies on, among other things, label regulations and trade practice enforcement. In addition, the TTB has stepped up its overall enforcement activities.

Following is a quick review of some of the bigger news stories from 2022.

The Tax and Trade Bureau of the Treasury Department was very busy in 2022. Early, in February, the TTB published a report on competition in the beverage alcohol industry, following a request from the Biden Administration in late 2021. The report noted numerous ways to expand competitive opportunities and create room for smaller parties in the industry.

Among the suggestions offered by the TTB were:

To affect these policies, the TTB has also issued several requests for notice and comment rulemaking asking the industry to opine on what updates to make with label regulations and what direction the agency should take with trade practice reform.

In recent weeks, the TTB was sued to act on ingredient labeling for alcoholic beverages. The measure, which proposes to add standard dietary information and lists of ingredients to all alcohol labels, has been controversial within the industry. While there is clear interest among the public for calorie counts and disclosure of additives, many producers have pushed back, noting that alcoholic beverages are unlike processed foods and that adding such information to labels would have limited benefit. The TTB has issued proposed rulemaking on this issue and is actively soliciting public comments on what should—and should not—be part of such a requirement.

In October, the TTB also launched new support for importers for filing their federal excess taxes under the Craft Beverage Modernization Act. Starting January 1, 2023, the TTB will take over management of taxes for foreign produced products from Customs. To handle this, the myTTB system was expanded to enable easier submission of reports and taxes by importers.

In ways, 2022 seems to be setting 2023 up to be a big year. The rulemaking initiatives launched by the TTB in 2022 will need to be resolved, with lots of potential for the TTB to radically change current policies—or decide that things are working fine as is. Efforts to expand DtC shipping will continue apace, with lessons learned from what did and didn’t work in 2022. And more states will consider making their COVID emergency relief policies permanent.

How any of this will go—what the story of 2023 will be, one of bold reform or retrenchment and torpor—will only be clear when the dust settles.

Want to stay up to date on the latest industry news in 2023? Subscribe to our blog to stay in the loop.

Alex Koral is Senior Regulatory Counsel for Sovos ShipCompliant in the company’s Boulder, Colorado office. He actively researches beverage alcohol regulations and market developments to inform development of Sovos’ ShipCompliant product and help educate the industry on compliance issues. Alex has been in the beverage alcohol arena since 2015, after receiving his J.D. from the University of Colorado Law School.
Share This Post
EMEA VAT & Fiscal Reporting
Understanding VAT Between European Countries

Sovos ShipCompliant recently released the 2023 Direct-to-Consumer (DtC) Wine Shipping Report with our partner, Wines Vines Analytics. This look-back at 2022 is the most comprehensive, complete and exclusive collection of data and insights on the state of the channel. While 2022 saw the first-ever decline in either—let alone both—value and volume of shipments, the DtC […]

On Monday, January 9, the U.S. Supreme Court rejected a petition to hear an appeal of B-21 v. Bauer, a case revolving around the issue of interstate direct-to-consumer (DtC) shipping by alcohol retailers. B-21 stemmed from a challenge to a North Carolina law that allows in-state retailers to ship wine through third-party carriers to North […]

Nearly every major economy has a form of VAT. That’s 165 countries, each with its own compliance and reporting rules. The main exception is the United States. VAT is by far the most significant indirect tax for nearly all the world’s countries. Globally VAT contributes more than 30% of all government revenue. Levying VAT is […]