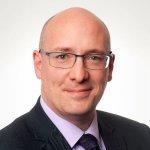 Anyone who has been closely following SAF-T announcements over the past few years may be forgiven for thinking that it all seems rather like Groundhog Day.  Commencement dates and reporting requirements have been announced and subsequently amended and re-announced as the respective countries re-evaluate their needs and the readiness of companies to provide the data in the prescribed formats.

Earlier this month Poland announced that the changes planned for 1 July 2019, requiring mandatory filing of SAF-T information and the corresponding withdrawal of the requirement to submit a periodic VAT return, have now been deferred to January 2020.

Also this month, Romania announced plans to become the eighth country to introduce SAF-T by introducing requirements for transactional reporting by the end of 2020.

So, what is SAF-T, what is the latest position for countries which have introduced legislation and what lies ahead?

The Standard Audit File for Tax (SAF-T) was developed by the Organisation for Economic Co-operation and Development (OECD) with the aim of producing a standardised format for electronic exchange of accounting data from organisations to their national tax authority and external auditors.

The two key principles behind SAF-T are that;

In 2005 the OECD released the first version of the SAF-T schema which provides details of what should be included in a SAF-T xml reporting file and how that data should be formatted and structured.  The original schema was based on the general ledger and details of invoices and payments, together with customer and supplier master files.  A second version of the SAF-T schema was released in 2010 to incorporate information about Inventory and Fixed Assets.

What has emerged from those countries which have adopted SAF-T are three broad approaches;

In some cases, the mandate starts with a requirement to produce data on request and evolves through to periodic submissions.

Where are we now?

There are currently seven countries which have introduced legislation enforcing SAF-T requirements.

Portugal was one of the first adopters and Portuguese entities have been required to extract data into the SAF-T file format (based on version 1 of the OECD SAF-T schema) since 2008 on an annual basis.  Further extensions to collect sales invoice data and other documents on a monthly basis followed in 2013.

Luxembourg introduced the requirement to extract data in the relevant format in 2011.  It only applies to Luxembourg resident companies subject to the local chart of accounts and is only required to be submitted when requested by the tax authority.

France introduced a SAF-T requirement in 2014, using a proprietary format rather than the OECD standard SAF-T schema, requiring files to be submitted in txt format.  It is currently only required to be filed on demand when requested by the French tax authority.

Austria introduced SAF-T in 2009 and is currently only required on demand when requested by the tax authority.

Possibly the most significant implementor of SAF-T to date, with large companies having had to file monthly JPK (Jednolity Plik Kontrolny) returns since 2016.

Lithuania introduced the requirement to file the SAF-T based i.MAS on a phased basis, starting with the largest organisations in 2016 and working towards mandating SAF-T for all businesses by 2020.  The i.MAS comprises three parts, i.SAF reporting of sales and purchase invoices on a monthly basis, i.VAZ reporting of transport/consignment documents and the i.SAF-T accounting transaction report,  which is only required when requested by the tax authority.

SAF-T has been in place on a voluntary basis since 2017 and there are proposals to mandate it, on an ‘on-demand’ basis from January 2020.

What lies ahead for the future of SAF-T?

Countries which are receiving regular, transactional level details under SAF-T may look to reduce the periodic VAT return requirements.  This is because the need to prepare a VAT return summarising the details which the tax authority already receives on a transactional basis can be seen as unnecessary duplication.

Poland is proposing that SAF-T data submissions will displace the need for filing a VAT return from January 2020.

Romania is proposing a phased transition to filing of transactional data from 2020, starting with large organisations, with a reduction in the VAT returns which are required to be filed.

To find out more about what we believe the future holds, follow us on LinkedIn and Twitter to keep up-to-date with regulatory news and other updates.

Paul Trowbridge is a Senior Regulatory Specialist at Sovos, with responsibility for ensuring that the SVR product is kept updated and compliant with the latest VAT legislative changes. Paul is a Chartered Accountant and Chartered Tax Adviser and prior to joining Sovos worked in a number of tax technology roles within PwC, EY and UK based software companies.
Share This Post
Share on facebook
Share on twitter
Share on linkedin
Share on email
North America ShipCompliant
Dispelling the Top 5 DtC Shipping Myths