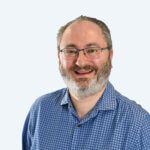 Goods in transit insurance is defined in the Solvency II Directive 2009/138/EC (25 November 2009) within Annex I Classes of Non-Life Insurance under class 7. It includes merchandise, baggage, and all other goods and the insurance relates to all damage to or loss of goods in transit or baggage, irrespective of the form of transport.

This is quite a wide definition and covers transit over land either by road or rail, or by air or sea, where in the latter cases these coverages are called aviation or marine cargo.

Location of risk for goods in transit

In most cases, the location of risk for insurance premium tax (IPT) purposes will be where the goods are situated, but in the European Economic Area (EEA) this is not the case.

Article 157 Taxes on premiums of the Solvency II Directive makes it clear that moveable property contained in a building situated within the territory of a Member State shall be considered as a risk situated in that Member State, even where the building and its contents are not covered by the same insurance policy, unless the moveable property relates to goods in commercial transit.

However, it can also be the case that in some non-EEA countries, it’s possible that the location of the policyholder’s establishment or habitual residence can create a location of risk irrespective of where the goods are physically located. Therefore, if the moveable property is in a different territory from the policyholder’s establishment or habitual residence, then it is possible that there may be two locations of risk for regulatory or tax purposes.

Determining location of risk can be difficult if it is unclear how long the moveable property will be kept in a territory.

It’s very common for storage insurance covering all physical damage to moveable property to be included with goods in transit insurance. This will usually become effective when it is in storage for more than 60 days. This time limit is the market practice for determining that it is no longer a goods in transit risk and has become a property risk under regulatory classes 8 (fire and natural forces) and 9 (other damage to property) instead.

In effect, this means that when an insurer is arranging a policy containing goods in transit and storage cover they need to know where the moveable property is being stored, including if this is at third party warehouses, and ideally how long it will be there to ensure that they tax the policy correctly with regards to IPT.

In cases where the period of storage is uncertain in a country, then the default tax position used by insurers is to fall back on where the policyholder has their establishment or habitual residence. If it subsequently becomes clear that the moveable property has been in storage for more than 60 days in a territory, then a mid-term adjustment should be made to ensure that IPT is paid correctly in the territories concerned.

Get in touch about the benefits a managed service provider can offer to ease your IPT compliance burden.

As senior consulting manager, Russell joined Sovos in 2021. A career spent in insurance premium taxes on global insurance programmes has given him many years of experience in handling compliance and advisory challenges from location of risk and IPT liability to co-insurance and financial interest clause cover. He has worked for financial service providers EY and TMF and more recently as head of indirect taxes at Tokio Marine HCC. He has been a member of both the ABI and IUA Indirect Tax Working Groups as well as being an active participant in regular Lloyd’s Indirect Tax Forums.
Share This Post
North America Tax Compliance
Four Pillars of a Strong Technology Match