Brexit One Year On – What Do We Know? 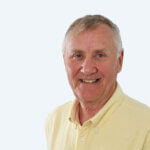 The Northern Ireland Protocol regarding goods moving from Great Britain to Northern Ireland continues to cause problems, leading to calls to suspend it via Article 16. But at the same time, some NI politicians are looking to capitalise on the possibility of inward investment by companies that can benefit from being in both the UK and the Single Market at the same time. This will be an interesting circle to square.

For goods moving from Great Britain to the EU, it has been necessary to review supply chains and VAT compliance, especially where the GB supplier is required to import the goods. Here we have the issue of theory clashing with reality, requiring plans to be revised.

Many UK suppliers selling goods into the EU decided that a good approach would be to obtain a VAT number in the Netherlands and then import the goods under an Article 23 licence to defer the import VAT to the VAT return – a straight-forward scheme to set up and manage. However, under the Union Customs Code, anyone who imports goods into the EU is required either to be established in the EU or to appoint an “indirect customs agent” who is established in the EU.

Upon accepting such an appointment, the EU entity becomes jointly liable with the importer for the VAT and duty that is due. Not surprisingly, it is difficult to find businesses that will offer such a service. In 2020, the body representing freight forwarders in Germany suggested that no such appointments should be accepted because of the financial risk. For many UK businesses, the only solution has been to establish a company in the EU, often the Netherlands, to import in their name.

Brexit also caused issues for GB businesses that supply equipment required to be installed in factories or other premises – such as parts of manufacturing production lines.

Within the Single Market there is a simplification for such supplies. The vendor can move the goods to another Member State to install them with the customer accounting for the acquisition tax due on the goods. This is because there is no need for the supplier to have a local VAT number in the Member State where the goods are installed.

Following Brexit, suppliers shipping goods from Great Britain to the EU for installation are no longer able to use this simplification. Instead, the GB supplier must now import the goods into the EU and then make a sale. If the goods are imported and installed in a Member State where the extended reverse charge applies to the sale, there will be a cash flow issue regarding the paid import VAT. Claims need to be made under the 13th Directive and, if the Member State concerned applies the concept of “reciprocity”, then the claim may be denied.

Pre Brexit, there was no need for the UK to be on such a list, so this now represents a real risk. Some Member States, including Spain, added the UK to their list immediately following Brexit. If these subtle complexities are not considered before a transaction is agreed the cashflow consequences could be severe – so planning is essential.

Businesses also have to ensure that they are prepared for changes which came into effect on 1 January 2022.

Under the EU-UK Trade and Cooperation Agreement, goods exported from Great Britain to the EU with a UK origin are free of import duty. In some situations, exporters require information from their suppliers about the origin of the goods they are supplying.

Until 31 December 2021, an exporter of goods from Great Britain to the EU did not need to hold a supplier’s declaration when making a statement on origin to be used by the customer to claim the zero-duty rate on imports into the EU. It is enough that the exporter is confident that the origin rules are met and make every effort to get supplier declarations retrospectively.

Suppose a UK exporter finds that a supplier statement is not available retrospectively. In that case, they must inform the EU customer who will have to consider the impact on the imports they have made.

If an exporter cannot comply with an official request for verification of the origin of the goods being the UK, the EU customer will be liable to pay the full duty rate retrospectively.

From 1 January 2022, an exporter must hold a supplier’s declaration, when required, when making the statement on origin declaration to the customer or the full rate of Customs Duty is payable. This significant change to the rules will impact all businesses exporting to the EU, including e-commerce retailers selling goods above EUR150.

Get in touch about the benefits a managed service provider can offer to ease your business’ VAT compliance burden.

As an FCCA of many years, David brings a commercially focused accounting perspective to the treatment of European VAT issues. He specialises in the understanding of cross-border VAT transactions and has helped many clients map their flows to optimise their VAT position. He has successfully completed the VAT Forum’s ‘Expert in European VAT’ course and is a partner of the forum. As well as advising clients David also sits on several technology product development teams at Sovos.
Share This Post
Share on facebook
Share on twitter
Share on linkedin
Share on email
EMEA IPT
Meet the Expert – Hector Fernandez, Principal Compliance Tax Services Representative