Analysis: The Import One Stop Shop (IOSS) Four Months On 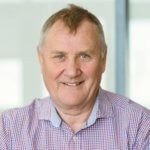 The European Commission (EC) introduced the Import One Stop Shop (IOSS) on 1 July 2021 to simplify the accounting for VAT on goods imported into the EU with an intrinsic value below EUR 150. It is not compulsory, and there are alternative methods of accounting for import VAT on such imports. As with any new initiative, it has not been without its issues. Here we look at some of those issues four months into the new regime.

This creates complexities in correcting the issue so that VAT is only accounted for once. One option would be to remove the sale from the IOSS return, given that IOSS was not used on import. But this is not the problem solved. If the customer wishes for a refund, they will expect to receive the full amount paid, including the VAT. However, the supplier is unable to recover this VAT from the tax authority as it was paid as import VAT by the customer. This is potentially a big issue for sellers with large volumes of returned goods and requires the freight forwarder to process sales made under IOSS correctly.

Fraudulent use of IOSS VAT numbers

The EC removed low value consignment relief on 30 June 2021 to level up the playing field and reduce the VAT gap by dealing with fraud. However, it appears that there is a gaping hole in the system which means fraud is now just as possible, and the playing field is anything but level.

Where a shipping document includes an IOSS number, the underlying assumption is that the goods are under EUR 150 and the seller will pay the VAT due – the IOSS number is checked for validity but not who it belongs to. But IOSS numbers are widely available online, especially for online marketplaces, and we are hearing that some unscrupulous sellers are using valid IOSS numbers that belong to other businesses.

This allows them to sell goods knowing that they will never have to account for VAT in the EU, thereby undercutting local suppliers. The owner of the IOSS number does not account for this VAT, and the discrepancy will be found during a tax authority audit.

Issues with particular types of transaction

So, the question is how these subscriptions can be treated under IOSS? Where IOSS is applicable, if the full amount is reported at the outset, there will be a mismatch between the VAT return and the imports. If the amount equal to one month’s subscription is reported each month, then VAT is accounted for late according to basic principles that say that VAT is due at the earlier of the issue of the invoice or the receipt of the payment.

How is the eligibility for IOSS assessed? Is it on the value of each shipment or the value of the subscription considered when determining whether the intrinsic value is less than EUR 150?

There has been speculation that each consignment’s value determines if IOSS can be used. We put this question to one EU tax authority who replied that the answer to the issue of subscriptions could be found within the rules on when VAT must be accounted for by the seller. This clearly says that goods are considered as having been supplied at the time when the payment has been accepted. So, in the above case, all 12 magazines are deemed to be supplied when the payment is accepted. If that payment is above EUR 150, then IOSS is not available. However, other Member States may not take the same view, which raises the question of which tax authority has the deciding view – the tax authority where the business is registered for IOSS or where the VAT is due.

Has it been a successful rollout?

To date, there have been just over 7,000 IOSS registrations granted across the EU. At a recent event, the EC stated they were happy with this level of registrations at this stage and expected more in the coming months. However, this is quite small in the context of the high number of probably hundreds of thousands of eligible vendors.

Recent reports suggest that the new VAT rules impact the amount of goods that are being purchased from outside the EU. The Dutch postal and parcel company Post NL reported a reduction in international parcels from July to September 2021, resulting in a stronger than anticipated reduction in numbers.

It remains to be seen whether this will be a continuing trend. If it is, it suggests that EU purchasers may be turning to EU suppliers rather than those based outside the EU. This, of course, assumes that the level of purchasing has remained at the same level. If so, it will result in VAT being accounted for in the Member State of delivery in the same way as IOSS in most cases. It will also result in more sales being made by EU entities which the EC would likely consider a major success.

Need more information on IOSS and how it could impact your tax compliance? Get in touch with our team.

As an FCCA of many years, David brings a commercially focused accounting perspective to the treatment of European VAT issues. He specialises in the understanding of cross-border VAT transactions and has helped many clients map their flows to optimise their VAT position. He has successfully completed the VAT Forum’s ‘Expert in European VAT’ course and is a partner of the forum. As well as advising clients David also sits on several technology product development teams at Sovos.
Share This Post
Share on facebook
Share on twitter
Share on linkedin
Share on email
EMEA IPT
IPT Compliance in Slovakia: A Primer on Error Corrections