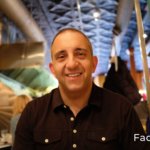 As reported here, a few weeks ago the Maryland Legislature enacted two bills impacting the state’s approach to tax in the digital economy. The first bill was a first-in-the-nation tax on digital advertising that is already being challenged in the courts on Constitutional grounds. The second, HB 932, while far less controversial, should not be overlooked. In short, the new law extends Maryland sales tax to cover digital equivalents of tangible personal property, which it calls “digital code” or “digital products.”

States have struggled to keep tax policy consistent with technical innovation since the very beginning. For example, over the last two decades, we’ve seen states have a hard time consistently taxing software as technology evolved from diskette (squarely taxable tangible personal property) to download, and most recently, to the cloud. Ultimately, some forward-thinking states attempted to “future proof” their tax law by holding that software sales and licenses are taxable, no matter how the software is transmitted or utilized.

The same challenge exists with movies, music, books, newspapers and magazines, all of which were traditionally sold in tangible form but now can be obtained entirely online. In expending its sales tax to cover digital products, Maryland is following a well-traveled path. Out of the 47 jurisdictions with “state level” sales tax, all but 16 tax digital books and similar products, while all but 21 tax streaming media.

The Maryland law operates by expanding the definition of “retail sale” to include digital products:

While Maryland has yet to issue regulations or other formal guidance on interpreting this new statute, a reading of the bill supports an understanding that things like digital books and newspapers, downloaded music, and streaming video are all now subject to tax. The new tax would also capture online training, electronically provided computer analysis and reports, and database access. All in all, a comprehensive approach.

However, the bill does not appear to change Maryland law in the area of software whatsoever. Maryland remains one of 12 states that continues to not tax downloaded software (while taxing software on tangible media) and is one of 25 or so states that generally does not tax software provided in the cloud. If Maryland is serious about closing its tax gap by expanding sales tax to be technology-neutral, it would not be surprising to see software as the next logical target.

With a lawsuit already threatening the digital advertising tax and an expanded levy on digital products on the way in just a few days, the phrase “beware the Ides of March” never had more meaning for Maryland taxpayers.

Charles Maniace is Vice President – Regulatory Analysis & Design at Sovos, a leading global provider of software that safeguards businesses from the burden and risk of modern tax. An attorney by trade, Chuck leads a team of attorneys and tax professionals responsible for all the tax and regulatory content that keeps Sovos customers continually compliant. Over his 15 year career in tax and regulatory automation, he has provided analysis to the Wall Street Journal, NBC and more.
Share This Post
North America ShipCompliant
5 Essential Questions to Ask When Searching for a Compliance Partner