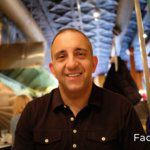 While approaches may differ across the globe, one of the defining trends in indirect tax over the last few years has been the effort to expand the number of types of businesses responsible for collecting tax. However, one of the challenges associated with casting a wider compliance net is that it ensnares taxpayers that may not have the resources or abilities to manage these new obligations. Revenue authorities, while certainly interested in the tax dollars these taxpayers will bring, may be less capable of processing the inaccurate and incomplete filings submitted by companies spread across the world and less than familiar with U.S. state and local tax rules. Facing this dilemma, taxing jurisdictions have turned to business facilitators such as payment processors and online marketplaces. The idea being that these entities are especially well situated to determine and sometimes remit and report tax for their thousands of clients.

You may often think of marketplaces as a sales tool for small businesses, they are likewise used by larger national and regional businesses striving to create a global customer base for their products and services, including global ecommerce providers looking to tap into the U.S. market.

While the approach may be slightly different depending on the region of the world in which you do business, the objective remains the same – expanded yet efficient tax compliance.

Broadly speaking, the term “Marketplace Facilitator” refers to companies that contract with third-party “Marketplace Sellers” to promote their sale of physical property, digital goods, and services to consumers through an online shopping portal maintained by the marketplace. Examples include Amazon.com, Ebay and Etsy. Facilitators often handle the transfer of money between the buyer and the seller, and sometimes may also help arrange for delivery. Considering these activities, the rationale behind thinking about them as taxpayers becomes clear. In performing these services for customers, Marketplace Facilitators come to know 1) what’s being sold, 2) where the item is being delivered, and 3) the price being played…..the basic building blocks for an accurate tax calculation.

“Payment Processors” can be best analogized to credit card companies but could also be inclusive of PayPal, Square and similar entities. Payment processors likewise know quite a bit about the underlying transaction, although one could argue they know more about the address of the purchaser as listed on their card and not so much about where the item being purchased will be delivered. Globally, payment processors are viewed as a clear means of driving the underground economy above ground, where it can be taxed. In the U.S., some states see payment processors as a means of facilitating real-time tax payments.

While the approach may be slightly different depending on the region of the world in which you do business, the objective also remains the same – expanded yet efficient tax compliance.

Marketplace Facilitators and Payment Processors in the United States

Even before the landmark decision in South Dakota v. Wayfair, U.S. jurisdictions began to toy with the idea of imposing collection and remittance responsibilities on companies that help online suppliers sell to a national market. However, subsequent to the Wayfair ruling, things really began to take off.

As of today, approximately 18 states have enacted Marketplace rules or legislation, including:

and based on the bills introduced in the 2019 legislative session, there is every reason to believe that the number of states with marketplace rules could double in the very near future.

MarketPlace Rules in the United States

1. The types of activities that make a Marketplace Facilitator

2. The economic threshold above which a Marketplace Facilitator will incur a tax collection and remittance obligation for its clients

3. Whether or not Marketplace Sellers can opt to collect tax on their own

5. The manner in which the Marketplace Facilitator reports the tax

6.   The reporting obligations of the Marketplace Seller

As things stand today, this very last point is causing significant compliance confusion for the taxpaying public. Not only are states inconsistent in their approach, but there are also any number of states that have yet to articulate a clear rule. A small handful of states clearly indicate that Marketplace Sellers have absolutely no requirement to report sales where a Marketplace Facilitator collects on their behalf. However, most states hold that marketplace transactions are properly included in “Gross Sales” but then deducted before arriving at a “Taxable Sales” number. Likewise, the majority of states are saying that sellers which only sell through collecting marketplaces have no obligation to register to collect and remit, while some states (such as Connecticut) require marketplace-only sellers to file a special annual return. What remains unclear in most states, is whether a marketplace-only seller who is already registered may cancel their registration and stop filing.

In the U.S., rules regarding Payment Processors are far less developed. While legislation was introduced in a small handful of states, and while the Massachusetts DOR was directed to evaluate designing a system that would involve tax collection by payment processors, no state has yet to impose collection responsibility on these entities. Proponents of this approach see the tantalizing possibility of “real-time” collection while opponents point to the administrative cost of receiving payments in real-time and how that compares to the one-time benefit of accelerated payments.

Subscribe to the Sovos blog for further developments and as we delve into this important tax compliance issue from a domestic and international perspective in the months to come.

Chuck is Vice President –Regulatory Analysis & Design at Sovos, a global provider of software that safeguards businesses from the burden and risk of modern tax. An attorney by trade, he leads a team of attorneys and tax professionals that provide the tax and regulatory content that keeps Sovos customers continually compliant. Over his 20-year career in tax and regulatory automation, he has provided analysis to the Wall Street Journal, NBC, Bloomberg and more. Chuck has also been named to the Accounting Today list of Top 100 Most Influential People four times.
Share This Post
North America Unclaimed Property
California – One Step Closer to a Voluntary Disclosure Program

On September 13, 2022, California Governor Gavin Newsom signed AB 2280 into law, paving the way for the creation of a long-awaited Voluntary Compliance Program (VDA Program). However, before such a program can be implemented, two things must take place. First, the California legislature must approve funding for the program by way of an appropriation in […]

Affordable Care Act (ACA) reporting has started for tax year 2022. ACA reporting can quickly become complicated and costly with IRS penalties if your business does not have an efficient process in place. Although regulations have generally stayed the same for this reporting season, there are some important updates all businesses should be aware of […]

Just about a year ago, the Treasury Department published a report on competition in the beverage alcohol industry, which posited several ways to reform federal and state regulations to help create a more even playing field for smaller producers. Among the many ideas proffered, changing how the Tax and Trade Bureau (TTB) approaches and policies […]

Sovos ShipCompliant recently released the 2023 Direct-to-Consumer (DtC) Wine Shipping Report with our partner, Wines Vines Analytics. This look-back at 2022 is the most comprehensive, complete and exclusive collection of data and insights on the state of the channel. While 2022 saw the first-ever decline in either—let alone both—value and volume of shipments, the DtC […]