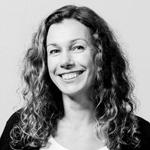 France shows a solid understanding of this complex subject, but some questions remain.

Spurred on by international reforms for continuous controls of VAT transactions (“Continuous Transaction Controls” or “CTCs”), the French government aims to increase efficiency, cut costs and fight fraud through the roll-out of mandatory B2B e-invoice clearance, which coupled with an e-reporting obligation will give the tax administration access to all relevant data for B2B and B2C transactions, starting with large companies.

In the report ‘VAT in the Digital Age in France’ ( La TVA à l’ère du digital en France), la Direction General des Finances Publiques – or DG-FIP – describes its aim to implement this mixed solution, whereby mandatory clearance of e-invoices (ideally for all invoices, without exceptions such as threshold amounts etc) will lay the foundation and provide the tax authority with data relating to any domestic B2B transaction. However, in order to effectively be able to combat fraud, including the carousel type, this is not enough for the tax authority; they need access to all transaction data. Therefore, data that the tax authority will not receive as part of the e-invoice clearance process – notably B2C invoices and invoices issued by foreign suppliers that will not be subject to a domestic French mandate, as well as certain payment data – will be subject to a complementary e-reporting obligation. (It can be noted that the requirement to report this latter data electronically does not mean that the underlying invoices must be e-invoices; they can still be transmitted in paper between the parties.)

The report describes how the DG-FIP has considered two potential models for the e-invoice clearance process via the central Chorus Pro portal (currently the clearance point for all B2G invoices): the V and the Y model.

In the V model there is one public platform that serves as the clearance point; the central Chorus Pro platform is the only authorized platform via which the invoice can be transmitted to the buyer, or where applicable, the buyer’s service provider.

The Y model includes in addition to the central platform certified third-party service providers, which are authorized to clear and transmit invoices between the transacting parties. This alternative is the preferred option by the service provider community. For that reason – and as this model is more resilient because it is not exposed to a single point of failure – the report appears to favour the Y model.

As to the timeline, starting in January 2023, all companies must be able to receive electronic invoices via the centralized system. When it comes to issuance, a similar roll out as for the B2G e-invoice mandate is envisaged, starting with large companies.

Challenges and road ahead

Although the report lays a good foundation for the deployment of this mixed CTC system, many issues will need to be clarified to allow for smooth implementation, some of which quite fundamental.

The report proposes a progressive and pedagogical deployment to ensure that businesses will manage this -for some radical – shift to electronic invoicing and reporting. The ICC’s practice principles on CTC are referenced, specifically noting the importance of early notice and ICC’s advice to give businesses at least 12-18 months to prepare. With the first deadline coming up in just over two years’ time, it leaves only 6-12 months for the French tax administration to work out all details and get the relevant laws, decrees and guidelines adopted, if business should have what ICC believes is a reasonable time to adapt.