The Changing Landscape for European Captives and the Challenges Ahead 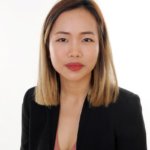 Over recent years, the number of insurance captives domiciled in Europe has stagnated, if not fallen.  Against this backdrop, the challenges faced by captives across the region are rising and in particular, following the COVID-19 pandemic.

A specialized market in restricted jurisdictions

Europe is the third largest insurance captive domicile in the world having around 15% of companies established within the continent. There are 900 active captives, but most of them are located in less than ten territories. The most popular locations are Guernsey and the Isle of Man which together account for over a third of the total number of captives. These two locations usually host insurance captives who specialize in international programs. Then comes Luxembourg with around 200 live captives, most of them being reinsurers since the introduction of specific laws in 1984 and 2007 aimed at encouraging the development of this type of captives on Luxembourg soil.

Other locations host a reduced number of captives but have all specialized in specific types of captives. Ireland leads the way in hosting the most pure captives whose main focus is on developing European captive programs. Then, territories like Malta and Gibraltar have opted for another type of captives: Protected Cells Companies and many captives are domiciled there.

Lastly, we can see a captive culture developing in Nordic territories like Sweden and Norway as well as Germany, Switzerland, and Liechtenstein.

Past and present challenges

Insurance captives in Europe have overcome some challenges during the last decade. The implementation of Solvency II has increased the administrative and regulatory burden but seems to have been overcome by the industry for now; but with the directive currently under review, there may be changes in the coming years that could affect the industry. In addition, the OECD Base Erosion and Profit Shifting scheme has also increased the level of regulation especially with country-by-country reporting requirements.

But as with other industries, 2020 will remain in the history books for captives due to COVID-19.

With the global economy on pause for a few months, many industries have been affected including automobile, aviation, retail and tourism. This results in some businesses being hit harder and even some closing which could threaten the existence of some captives through a domino effect.

One question for captives in the coming months and years will be their ability to cover pandemic risks. While some argue that insurance captives are a good tool to cover business interruption risks and in practice, already cover pandemic risks and business interruption not consecutive to material damage, others point out the scale of the current pandemic and the fact that it affects virtually all countries in the world. There is a difference in insuring a pandemic locally and globally as if all countries covered by a captive program are affected, it becomes more complicated for a captive (or any other insurance company) to compensate all its local insureds.

The solution may lie in mixed insurance and reinsurance schemes such as the Pandemic Risk Insurance Act recently introduced to the US Congress that involves all stakeholders: insurance companies, captives but also local States and governments.

Despite the landscape and challenges that lie ahead, captives will remain a key risk management tool in the industry.

Keep up to date with ever changing rules by subscribing to our blogs and following us on LinkedIn and Twitter. We also host regular webinars with our in-house specialists who are on hand to help.