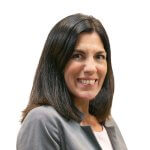 Nonemployee compensation is the income paid by companies that classify an individual as a nonemployee. Nonemployee compensation can represent a variety of business payments including fees, commissions, prizes or rewards. The IRS and states use a variety of information returns to verify the accuracy of income claimed by individuals and business taxpayers including Form 1099-MISC Miscellaneous Income, Form 1099-NEC Nonemployee Compensation, and Form 1099-K Payment Card and Third-Party Network Transactions.

Nonemployee compensation and the federal government

Gaps in nonemployee compensation income reporting has long been a focus of the federal government. In 2009, the Government Accountability Office (GAO) released a report reflecting staggering statistics of noncompliance with nonemployee compensation income reporting. Report recommendations included removing the ‘Corporation’ exemption for payers reporting Form 1099-MISC which would have exponentially increased volumes of forms required to be issued. Ultimately, the industry prevailed and congress chose not to adopt that change.

In 2015, the Protecting Americans from Tax Hikes (PATH) Act accelerated the filing due dates for payers to file nonemployee compensation information by January 31 to ensure the IRS could validate income reported by taxpayers prior to providing refunds. The IRS continued to require payers to use Form 1099-MISC for reporting this income despite the fact that there were other regulatory due dates for other income types reported on that form. In late 2019, the IRS sought to remedy operational issues it was having with processing the different due dates and resurrected Form 1099-NEC Nonemployee Compensation to be used for the 2020 reporting season and beyond.

On December 30, 2020 the Treasury Inspector General for Tax Administration (TIGTA) released a report that indicated that the IRS is leaving billions of dollars on the table in nonemployee compensation tax revenue. In this new report, TIGTA noted that the IRS is failing to enforce significant gaps in income tax reporting, including:

This report follows on other government studies related to the compliance associated with Form 1099-K reporting by payers and taxpayers alike. Last May, the GAO released a report highlighting a number of gaps in income reporting by platform workers and recommended that the IRS make changes to the ‘tie-breaker’ rule to require Form 1099-MISC reporting in lieu of Form 1099-K. (Currently, a payer is required to report Form 1099-K in lieu of Form 1099-MISC when a reporting obligation for both forms arises. Since TPSO’s are afforded an annual filing threshold of $20K paid over 200 transactions, the GAO recommended that the IRS default to Form 1099-MISC reporting because of the lower $600 and no transaction limit threshold that exists for that form today.)

In 2019, TIGTA released a report focused on gig platform workers and issues associated with self-employment taxes. In that report, TIGTA was surprised to discover the magnitude of potential gaps in income tax revenue associated with the extremely high reporting thresholds associated with Form 1099-K.

The rise of direct state reporting of nonemployee compensation

According to The Tax Foundation, personal income tax accounts for about 37% of total state tax collections nationwide. Forty-one states tax wage and salary compensation including nonemployee income and most require payers to report Form 1099 and/or W-2 information to ensure compliance by their resident taxpayers.

Although the IRS operates a program to help streamline the sharing of tax 1099 information to participating states (Combined Federal State Filing (CF/SF) program), it has notable limitations. Not all states participate in the program and not all 1099 or W-2 returns are included, as a result payers are required to follow a hodge-podge of direct state reporting rules and unique data formats for some information returns.

In 2015, Vermont became the first state to require TPSO payers to report Form 1099-K information directly following a different threshold than the IRS – that is, reporting is required when the aggregate of payments is $600 or more in the calendar year and there is no transaction limit. Other states soon followed. As of 2020 reporting season, 12 states plus the District of Columbia require direct reporting of Form 1099-K information.

At a high level, Prop 22 allows platform and delivery services providers in California to continue classifying drivers as independent contractors but it also introduces a CA-1099K form for reporting at least $600 or more of nonemployee compensation paid to those workers during the year. Further, Prop 22 also provides specific worker protections, like health insurance subsidies, and unemployment insurance which generally triggers other tax information reporting obligations.

For the 2021 reporting season, we anticipate the Franchise Tax Board to release the specifications and requirements of CA-1099K along with other reporting requirements associated with the other provisions of Prop 22.

As mentioned previously, the IRS resurrected Form 1099-NEC for the 2020 reporting season. In the past, payers heavily relied on the CF/SF program for reporting nonemployee compensation information. Not only could they generally submit information one time to the IRS (who would then share it with the participating states on their behalf) but they also could submit it in a single format.

In October of 2020, the IRS dealt a blow to payers when they released the annual Publication 1220 and excluded the Form 1099-NEC form the CF/SF program. Since October, 32 states and the District of Columbia have adopted direct state reporting requirements for Form 1099-NEC information, and the majority of them require that information to be reported no later than January 31, 2021. This means that payers operating in multiple states must create different 1099 data files following the specific state prescribed formats and submit that information manually through the individual state portals.

Learn how Sovos can help you with your 1099 reporting today.

Wendy Walker is the principal of Tax Information Reporting solutions at Sovos. She has more than 15 years of tax operations management and tax compliance experience with emphasis in large financial institutions, having held positions with CTI Technologies (a division of IHS Markit), Zions Bancorporation and JP Morgan Chase. Wendy has served as a member of several prominent industry advisory boards. She graduated with a BS in Process Engineering from Franklin University and earned her MBA from Ohio Dominican University, in Columbus, Ohio.
Share This Post
Latin America VAT & Fiscal Reporting
Sovos Acquires Taxweb, Extends Tax Determination Capabilities in World’s Most Challenging Compliance Landscape