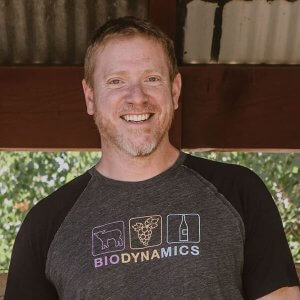 Sovos is a leading global provider of software that safeguards businesses from the burden and risk of modern transactional taxes. As VAT and sales and use tax go digital, businesses face increased risks, costs and complexity. The Sovos Intelligent Compliance Cloud is the first complete solution for modern tax, giving businesses a global solution for tax determination, e-invoicing compliance and tax reporting. Sovos supports more than 7,000 customers, including half of the Fortune 500, and integrates with a wide variety of business applications. The company has offices throughout North America, Latin America and Europe. Sovos is owned by London-based Hg. For more information visit www.sovos.com and follow us on LinkedIn and Twitter.
Share This Post
LATAM VAT & Fiscal Reporting
Sovos Acquires Taxweb, Extends Tax Determination Capabilities in World’s Most Challenging Compliance Landscape

Sovos’ Global Compliance Summit – Intelligent Reporting “Speaker Spotlight” Series continues with an introduction to another brilliant tax expert who is particularly knowledgeable in the cryptocurrency industry. In this segment, we welcome Roger Brown of Lukka, who will be presenting at our upcoming conference in early October.  Roger will highlight the anticipated OECD developments involving […]

India: Changes to the Proposed E-Invoicing System India is about to launch a number of significant changes to its e-invoicing system. For a brief overview of the changes, Sovos’ Harriet Vivian sat down with regulatory expert Selin Ring to preview the changes and discuss the potential impacts on business as these programs are rolled out […]

There’s no harmonisation across Europe for how tax declarations are submitted. And methods vary tax by tax, country by country, and even region by region. This can be challenging for many insurers in not only meeting current requirements but in also keeping up with the ever changing insurance premium tax (IPT) landscape. Frequency Although there […]

The National Association of Unclaimed Property Administrator’s (NAUPA) Standard Electronic File Format is a standard set of codes that has been widely used to file unclaimed property reports to states in the US since 1990. The current version, NAUPA II Format, has been used for the past 18 years and is adopted by all 50 […]

Sovos’ Global Compliance Summit – Intelligent Reporting “Speaker Spotlight” Series continues with the introduction to an award-winning subject matter expert on tax in the Cryptocurrency industry. In this segment, we welcome Sheehan Chandrasekera of Cointracker, who will be attending & presenting at our upcoming conference in early October. In this segment of the “Speaker Spotlight” […]