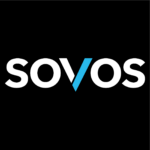 Since 2007, the Brazilian government has imprinted high efforts in digitizing the relations between revenue offices and taxpayers, by introducing electronic instruments to ensure taxpayers provide accurate and timely information on the collection of the various existent taxes, duties, charges, and contributions.

One result of such efforts was the creation of the Public Digital Bookkeeping System (Sistema Público de Escrituração Digital) or SPED. This platform is where taxpayers submit fiscal and accounting information using different electronic instruments referred to as SPED modules.

There are significant upcoming changes to one of the modules, the Digital Fiscal Record of Withholdings and Other Fiscal Information (Escrituração Fiscal Digital de Retenções e Outras Informações Fiscais), known as EFD-REINF.

The latest regulatory updates within this module concern steps towards the substitution of other records by the EFD-REINF, with important changes taking place in 2023.

Main changes in the EFD-REINF

In August 2022 version 2.1.1 of the EFD-REINF layout was introduced, expanding the reach of events covered by the record. The current 1.5.1 version is valid until February 2023 and from March 2023 layout version 2.1.1 must be used.

The main change is the inclusion of the ‘R-4000’ series events. These events cover the registration of withholdings on income tax (IR), Social Contribution on Net Income (CSLL), Social Integration Program (PIS), and Contribution to the Financing of Social Security (COFINS), among other fiscal contributions.

Another relevant change is the removal of the requirement to submit the EFD-REINF ‘without movement’. Previously, only a certain group was permitted for this exemption if they didn’t generate any records to be reported in the respective declaration period but this has now been expanded to all taxpayers in scope of the EFD-REINF.

Earlier this year, RFB Normative Instruction n. 2.096 of 2022 postponed mandatory submission of the EFD-REINF for the fourth and last group of taxpayers: entities that are part of the ‘Public Administration’ and entities classified as ‘International Organisations and Other Extraterritorial Institutions’. Since August 2022 this group is now obliged to comply.

However, the same regulation established that from 1 March 2023 taxpayers currently obliged to submit the DIRF (Withholding Income Tax Return) will be required to comply with the EFD-REINF obligation. This is an extensive list found in article 2 of RFB Normative Instruction n. 1.990 of 2020, which includes individuals and legal entities that have paid or credited income for which Withholding Income Tax (IRRF) has been withheld and certain entities of the Federal Public Administration, among others.

Finally, the annual submission of the DIRF will be abolished regarding events that occur from 1 January 2024, meaning that taxpayers won’t be required to submit it in 2025. Until then, the information declared in the DIRF and EFD-REINF will coexist.

Keeping up with the mosaic of fiscal requirements within the federal, state, and municipal levels in Brazil normally requires engaging the services of an expert or risk incurring high penalties. Modifications to fiscal obligations are implemented regularly in the country, which means companies must ensure readiness to comply.

Still have questions about Brazil’s EFD-REINF? Speak to our tax experts.

A complement to eSocial (which covers tax withholdings on wages), EFD-REINF reports withholdings made to individuals and corporations resulting from the application of the income tax and social security taxes (CSLL, INSS COFINS, PIS/PASEP). It also applies to payments received by sport associations and revenues generated by sport events.

EFD-REINF replaces reporting obligations that the Brazilian taxpayers have to comply with under the EFD-Contribucoes.

How is the EFD-REINF structured?

There are three groups of reports, or “events,” that must be submitted to the tax administration:

When does it go into effect?

The EFD- REINF is being rolled out in three stages.

What are the penalties for non-compliance?

Events that are incomplete, or reported with errors, will a face fines totaling 3% of the amount involved, with a minimum of $100 Real in the case of legal entities, and half of the above amounts when the taxpayer is an individual. Fines for late reports will range between from $500 Real to $1,500 Real per month or fraction of month.

To learn more about other changes impacting companies operating in Brazil and throughout Latin America, download the Definitive Guide to Error-Free Compliance in Latin America.

Sovos was built to solve the complexities of the digital transformation of tax, with complete, connected offerings for tax determination, continuous transaction controls, tax reporting and more. Sovos customers include half the Fortune 500, as well as businesses of every size operating in more than 70 countries. The company’s SaaS products and proprietary Sovos S1 Platform integrate with a wide variety of business applications and government compliance processes. Sovos has employees throughout the Americas and Europe, and is owned by Hg and TA Associates.
Share This Post
EMEA VAT & Fiscal Reporting
Expert Series Part V: New Roles for IT in the Wake of Expanding Global Mandates

Part V of V – Christiaan Van Der Valk, vice president, strategy and regulatory, Sovos  Click here to read part IV of the series.   Government-mandated e-invoicing laws are making their way across nearly every region of the globe, bringing more stringent mandates and expectations on businesses. Inserted into every aspect of your operation, governments are […]

Part IV of V – Ryan Ostilly, vice president of product and GTM strategy EMEA & APAC, Sovos Click here to read part III of the series.   Government-mandated e-invoicing laws are making their way across nearly every region of the globe, bringing more stringent mandates and expectations on businesses. Inserted into every aspect of your […]