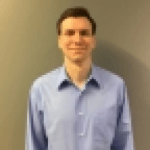 On April 25, 2019, the Governor of California approved Assembly Bill No. 147, amending the state’s rules on when and where businesses shipping through the state have a sales tax obligation, which will likely have major implications for wineries selling direct-to-consumer (DtC).

Over the last year, we at ShipCompliant by Sovos have been monitoring as states have adopted economic nexus rules following the Supreme Court’s ruling in South Dakota v. Wayfair last June, and how they impact the DtC wine shipping market. For the most part, these changes to nexus rules have been focused on increasing tax collection from out-of-state retailers.

California’s recent change, however, establishes a requirement on in-state businesses to collect more local district taxes, which will affect almost every winery shipping wine in the state.

Local district taxes are voter-approved taxes imposed by cities, counties and other local jurisdiction that are added to the California base sales and use tax rate.

What Does Assembly Bill No. 147 Require?

The main provisions of the bill require remote sellers to collect and remit California sales and use tax if the seller had over $500,000 in sales of tangible personal property for delivery into California in the preceding or current calendar year. A similar requirement had previously been set out by the California Department of Tax and Fee Administration (CDTFA) in December 2018, where the economic thresholds for remote sellers was set at 200 or more separate transactions or retail sales in excess of $100,000. The new bill raises the revenue threshold to $500,000 and removes the per-transaction threshold.

However — and this is where we see the biggest potential impact on California wineries, the bill also amends the rules regarding when an in-state and out-of-state business must collect local district taxes.

California law prior to Wayfair only required a business to collect a local district tax if the business was “doing business” in that district. Last December, the CDTFA set out a new rule, in light of Wayfair, stating that if a California business met the $100,000 in sales or 200 separate transaction threshold in a district then the business would be required to collect that district’s local taxes. This new rule went into effect on April 1, 2019.

This new bill changes that rule. Retroactively applying to April 1, 2019, and going forward, if a business makes over $500,000 in annual revenue in California, it is required to collect and remit all district taxes, regardless of how much revenue it receives from any single district. This means that all California wineries with an annual revenue of $500,000 or more will have to collect district tax on all shipments they make within the state, even for districts where they make a single shipment.

Non-California wineries have long been required to collect sales tax on shipments to the state, as a condition of getting a DtC license there. However, this requirement only extended to the state rate of 7.5% (6% plus the 1.5% state-wide local rate), but not to the district taxes. For those wineries, a district tax only applied if they were “doing business” in that district, which implied specific physical presence there. Going forward, non-California wineries will have to collect and remit the same district taxes for all locations in the state if they meet the $500,000 of California revenue threshold as an in-state winery.

What Can I Do to Prepare?

Wineries shipping DtC in California must now be ready to calculate local district taxes across the state, and cannot rely on only collecting tax based on their premises rate. This will require a concerted effort to look up rates across the state at the time of purchase, to avoid the potential pitfalls of under- or over-calculating tax collected from customers.

ShipCompliant by Sovos users currently can receive California district tax rates across the state. This can be very easily done by switching one’s California Tax Preferences to “Local Taxes.” Thereafter, any tax lookup for a California location, whether done in an account or through our integration with sales systems, will include the proper local district rate.

We have seen a tremendous amount of change regarding tax policy over the last year as states move to expand tax obligations on out-of-state businesses. For the most part, DtC shipping wineries have not been greatly affected as most states have for years required them to accept a tax obligation in order to ship wine (except for a few states, like Colorado, Minnesota, and Iowa).

This change by California, however, will have a major impact on DtC shipping wineries, as California is both by leaps and bounds the largest source and destination for DtC shipped wine. Starting April 1, 2019, and going forward, the glut of these shipments will now need to have local taxes assessed and paid to the state.

View Assembly Bill No. 147 in its entirety.

Request a demo of ShipCompliant

Daniel Kostrzewa is a Regulatory Counsel at Sovos. Within Sovos’ Regulatory Analysis function, Daniel focuses on domestic sales tax issues. Prior to joining Sovos in 2018, he worked as an attorney in Boston. Daniel received his B.A. in Economics from Boston College and J.D. from Boston College Law School. He is a member of the Massachusetts Bar.
Share This Post
LATAM VAT & Fiscal Reporting
Sovos Acquires Taxweb, Extends Tax Determination Capabilities in World’s Most Challenging Compliance Landscape

Sovos’ Global Compliance Summit – Intelligent Reporting “Speaker Spotlight” Series continues with an introduction to another brilliant tax expert who is particularly knowledgeable in the cryptocurrency industry. In this segment, we welcome Roger Brown of Lukka, who will be presenting at our upcoming conference in early October.  Roger will highlight the anticipated OECD developments involving […]

India: Changes to the Proposed E-Invoicing System India is about to launch a number of significant changes to its e-invoicing system. For a brief overview of the changes, Sovos’ Harriet Vivian sat down with regulatory expert Selin Ring to preview the changes and discuss the potential impacts on business as these programs are rolled out […]

There’s no harmonisation across Europe for how tax declarations are submitted. And methods vary tax by tax, country by country, and even region by region. This can be challenging for many insurers in not only meeting current requirements but in also keeping up with the ever changing insurance premium tax (IPT) landscape. Frequency Although there […]

The National Association of Unclaimed Property Administrator’s (NAUPA) Standard Electronic File Format is a standard set of codes that has been widely used to file unclaimed property reports to states in the US since 1990. The current version, NAUPA II Format, has been used for the past 18 years and is adopted by all 50 […]

Sovos’ Global Compliance Summit – Intelligent Reporting “Speaker Spotlight” Series continues with the introduction to an award-winning subject matter expert on tax in the Cryptocurrency industry. In this segment, we welcome Sheehan Chandrasekera of Cointracker, who will be attending & presenting at our upcoming conference in early October. In this segment of the “Speaker Spotlight” […]