Asia: E-invoicing Developments Across the Region 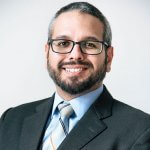 The world has witnessed how several Latin American countries have successfully adopted e-invoices to replace paper versions and close VAT gaps – the difference between the revenue governments are entitled to receive and what they de facto manage to collect.

The positive effects of mandatory e-invoicing regimes, such as achieving simplification of the invoicing process, reducing costs for businesses, and creating an effective anti-counterfeiting measure for VAT control, have become clear to governments across the world. Having originated in Latin America, the next region set to embrace the trend is Asia.  Several jurisdictions in the region have announced their intent to introduce a new invoicing system as soon as possible. Here’s a highlight of what’s on the horizon.

This year, the Chinese State Taxation Administration (STA) published its opinion on the expansion and optimization of the invoice system. The STA announced a plan to upgrade the public service platform for VAT electronic invoices and promote the digitization of VAT special invoices by the end of the year.

In 2018, the Singapore Government Agency, Infocomm Media Development Authority (IMDA), became the first National Authority outside Europe to join, as a PEPPOL Authority, the non-profit international association OpenPEPPOL. OpenPEPPOL is responsible for the development and maintenance of the PEPPOL specifications. Last year the IMDA officially launched the nationwide e-invoicing network intended to be an extension of the International Peppol E-Delivery Network, allowing businesses to transact internationally with other companies. This year, moving forward with the nationwide e-invoicing initiative’s expansion plan, the IMDA announced that businesses operating in Singapore can now submit e-invoices to Government Agencies through the national e-invoicing network.

The IMDA has also encouraged businesses to use e-invoicing to record their transactions through the E-Invoicing Registration Grant. This benefit applies to valid, active, and registered companies in Singapore as of or before 25 March 2020, allowing these companies to receive a grant if they register in the e-invoicing network before 31 December 2020.

In Thailand, the government is also working to develop a robust e-invoicing system with a framework that boosts e-invoicing using certified third-party service providers for e-tax issuance. This is a viable alternative for businesses.  Some don’t want to invest or develop their own e-tax systems whilst others realistically cannot afford to create a compliant invoicing system due to complex technical and legal steps that must constantly be taken to maintain their own compliant system. Accordingly, the Electronic Transactions Development Agency (ETDA) started a certification process for electronic service providers to assess whether the applicant’s solution is secure and compliant.

Japan will, in October 2023, introduce the so-called Qualified Invoice System in which the total amount of the consumption tax corresponding to each rate must be included in the invoice along with the registration number of the qualified issuer. During the current transition period, only the different amounts of the transactions considering the standard and the reduced rate applicable to the supplies must be included in the invoice. This transition provides a reasonable adaptation period to Japanese taxpayers so they can put the necessary compliance mechanisms in place for the issuance of their invoices.

Last year, the Philippines introduced the Innovation Act as a part of their Digital Transformation Strategy  (PDTS). In line with this strategy, the Department of Finance announced that an e-invoicing plan is likely to be launched by Q3 2020. The Bureau of Internal Revenue, in partnership with the Government of South Korea, is aiming to complete the development and fully shift to the e-invoicing system by the end of 2022.

The winds of change in the region are blowing strongly in favor of digitizing invoicing systems. Many governments have decided to promote e-invoicing to replace obsolete and traditional paper invoice frameworks. Businesses must prepare to adopt the new e-invoice compliance requirements trending around the world, and in particular, across Asia.

Victor is a Regulatory Counsel at Sovos TrustWeaver. Based in Stockholm and originally from Venezuela, he obtained a Law degree and a specialisation degree in Tax Law in his home country. Victor also earned a Master´s degree in European and Internal Tax Law from Lund University in Sweden.
Share This Post
Latin America VAT & Fiscal Reporting
Sovos Acquires Taxweb, Extends Tax Determination Capabilities in World’s Most Challenging Compliance Landscape

North America Sales & Use Tax
Growth is great – but is your approach to tax keeping up?

When business is booming, the last thing you want to do is focus on tax liability.  But as you expand, so does complexity. Moving into new geographic areas or creating new products and services will likely affect your business’ sales tax obligations, so it’s vital to keep up with new requirements as you grow.  More […]

North America Sales & Use Tax
If cars can drive themselves, should filing sales and use tax be so hard?

Picture this scenario: You input your sales and use tax data into your automated tax management tool and wait for your filings to be ready. A few days later, you get your determinations and have 24 hours to sign off.  You try to do quality control, but the forms don’t provide visibility into what data […]

It’s no secret 2020 was a year of personal and professional disruption, requiring rapid adaptation. So long, office happy hour. Hello Zoom quarantinis! Of course, businesses have been adapting just like each of us. You may have been growing your online sales… perhaps quickly. Maybe you’re selling into states you’ve never done business in before […]