What is Japan’s Qualified Invoice System? 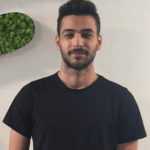 Japan is in the middle of a multi-year process of updating its consumption tax system. This started with the introduction of its multiple tax rate system on 1 October 2019 and the next step is expected to be the implementation of the so-called Qualified Invoice System as a tax control measure on 1 October 2023.

Through this significant change, the Japanese government is attempting to solve a tax leakage problem that has existed for many years.

The Japanese indirect tax is referred to as Japanese Consumption Tax (JCT) and is levied on the supply of goods and services in Japan. The consumption tax rate increased from 8% to 10% on 1 October 2019. At the same time, Japan introduced multiple rates, with a reduced tax rate of 8% applied to certain transactions.

Currently, Japan doesn’t follow the common practice of including the applicable tax rate in the invoice to calculate consumption tax. Instead, the current system (called the ledger system) is based on transaction evidence and the company’s accounting books. The government believes this system causes systemic problems related to tax leakage.

A new system – the Qualified Invoice System – will be introduced from 1 October 2023 to counter this. The key difference when compared to an invoice issued today is that a qualified invoice must include a breakdown of applicable tax rates for that given transaction.

Under the new system, only registered JCT payers can issue qualified tax invoices, and on the buyer side of the transaction, taxpayers will only be eligible for input tax credit where a qualified invoice has been issued. In other words, the Qualified Invoice System will require both parties to adapt their invoicing templates and processes to specify new information as well as the need to register with the relevant tax authorities.

Preparing for the Qualified Invoice System

A transitional period for the implementation of the new e-invoicing system applies from 1 October 1 2019 until 1 October 2023.

In order to issue qualified invoices, JCT taxpayers must register with Japan’s National Tax Agency (“NTA”). It will be possible to apply for registration from 1 October 1 2021 at the earliest, and this application must be filed no later than 31 March 2023, which is six months in advance of the implementation date of the e-invoicing system. Non-registered taxpayers will not be able to issue qualified invoices.

The registered JCT payers may issue electronic invoices instead of paper-based invoices provided that certain conditions are met.

The introduction of the Qualified Invoice System will affect both Japanese and foreign companies that engage in JCT taxable transactions in Japan. To ensure proper tax calculations and input tax credit, taxpayers must make sure they understand the requirements, and update or adjust their accounting and bookkeeping systems to comply with the new requirements in advance of the implementation of the Qualified Invoice System in 2023.

Get in touch with our experts who can help you prepare for the Japanese Qualified Invoice System.

Download VAT Trends: Toward Continuous Transaction Controls to find out more about the future of tax systems around the world.