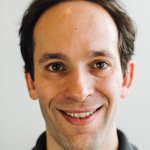 Following the UK’s departure from the EU in 2020, the parties agreed that customs checkpoints on the land border between Northern Ireland and the Republic of Ireland could lead to political instability. The Protocol was an attempt to avoid border posts between the two countries.

Instead, the Protocol ensures customs checks are done in Northern Irish ports before goods are released into the Republic of Ireland. This process effectively created a customs border on the Irish Sea. In addition, the Protocol allows Northern Ireland to follow EU rules on product standards and VAT rules related to goods.

The Protocol has been controversial in the UK, as it creates special rules for Northern Ireland that don’t apply in England, Scotland or Wales. Members of the UK’s governing Conservative Party – including Liz Truss, a frontrunner to replace Boris Johnson as UK Prime Minister – have recently introduced a Northern Ireland Protocol Bill that would allow the UK to amend the terms of the Protocol.

Among other things, the draft legislation seeks to remove dispute settlement from the jurisdiction of the Court of Justice of the European Union, authorises “green [fast track] channels” for goods staying within the UK, and allows for UK-wide policies on VAT. Proponents of the bill claim it is necessary to protect the “essential interest” of peace in Northern Ireland.

However, European Union Representatives have condemned this draft legislation as a potential violation of international law. In its most recent infringement proceedings, the EU alleges that the UK has not substantively implemented parts of the Protocol at all.

In particular, the EU claims that:

The last point is particularly interesting for VAT purposes, as the IOSS scheme is a signature piece of the EU’s “VAT in the Digital Age” initiative.

At the time of writing the Northern Ireland Protocol Bill has not yet been adopted by the UK Parliament. It awaits review in the House of Lords. The UK and the EU have stated that further negotiations over the Protocol would be the preferred option. The parties, however, remain far apart on the details.

The EU has set out two months for the UK to respond to the infringement action. Failing any new agreements, the action could lead to possible fines and/or trading sanctions between the parties. Taxpayers conducting cross-border trade between the UK and EU should ensure they stay on top of future developments.

Need more information on IOSS and how it could impact your business’s compliance? Get in touch with our team.

Charles Riordan is a member of the Regulatory Analysis team at Sovos specializing in international taxation, with a focus on Value Added Tax systems in the European Union. Charles received his J.D. from Boston College Law School in 2013 and is an active member of the Massachusetts Bar.
Share This Post
Share on facebook
Share on twitter
Share on linkedin
Share on email
North America ShipCompliant
2022 Direct-to-Consumer Wine Shipping Mid-Year Report