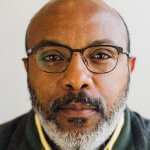 As we discussed in part I, “Marketplace Facilitators and Payment Processors – The New Taxpayers?” an indirect tax trend the past several years is an effort to expand the number of types of businesses responsible for collecting tax, such as marketplace facilitators and payment processors, and the challenges casting this wider compliance net may have on their resources and ability to manage these new obligations. That post focused on the United States, while this post will focus on Latin America, a region with significant tax compliance mandates currently in force.

In LatAm, back in 2003, Peru was probably the first country to loosely enact rules requiring foreign suppliers of digital goods and services, to collect and pay the local VAT when those services or goods were used and enjoyed in the country. However, since 2016, most countries have enacted specific legislation aimed to establish new tax responsibilities on foreign digital content and services providers. The scope of the digital services and the type of market platform specifically targeted varies from country to country, but in general, they seem to focus on those providing audiovisual services or digital goods (apps).

However, in conjunction with expanding their tax base to capture foreign suppliers, governments realized that effective enforcement required thinking about tax collection a little differently.

Aware of these enforcement limitations, some countries placed the obligation of collecting and paying the VAT on the financial institution used by the local consumer to process the payment. Take, for example, Colombia and Argentina:

In December 2016, Colombia enacted Law 1819 which establishes that credit card companies will be responsible for collecting the VAT applicable to audiovisual services, digital platforms, online marketing, training services, and other electronic services supplied to users (individual private consumers not registered for VAT)  located in Colombia.

In Argentina, things are a little bit more complicated. In addition to the federal VAT, the Provinces and the Capital also apply local taxes and have legislation in place requiring foreign sellers of digital supplies and services to comply with the collection of local taxes. However, to facilitate tax collection by payment processors, the AFIP published a list of companies making taxable supplies to Argentina customers who are required to pay VAT.

One of the latest countries following the trend is Costa Rica. In July 2019, they will replace their sales tax with a new VAT and adopt a rule, making digital goods and electronic services sold to final consumers subject to VAT and requiring banks and financial entities to collect the tax.

Bucking the trend is a country like Uruguay, which is publicly calling out some of the world’s largest digital suppliers and compelling them to collect and remit tax directly.

Still, other countries, such as Chile, are considering a Digital Service Tax which would function as a direct tax on suppliers. Chile has also recently proposed a special 10% tax on digital services provided by foreign suppliers that would substitute for both VAT and income tax. Although tax would be applied at a far lower rate (standard VAT applies at 19%) the Chilean government believes that efficiencies in enforcement and collection will mean an additional $250,000,000 annually. Part of the efficiency of this tax lies in that Chile will also use payment processors as a collection vehicle.

Mexico is also updating legislation to ensure proper taxation of digital services. The tax administration of Mexico (SAT) initiated negotiations with digital platforms including Uber, UberEATS, Rappi, Airbnb, and Cabify to ensure that the businesses using these platforms properly pay the applicable VAT and income tax. As a result, Mexico enacted a temporary regulation allowing these marketplaces to withhold and remit any applicable VAT and income tax on transactions processed through the platform. This measure remains optional for now but according to the SAT, the eventual plan is to mandate platform-based tax collection starting in 2020.

The area where the taxation of the marketplace is more complicated is Brazil. Here, at least three federal taxes apply, plus the state and municipal level taxes. The complications do not come only from the different applicable taxes, but also from the withholding regimes and the invoicing responsibilities that are required from the federal government, the state and the municipalities. As if that was not enough, there is still a subjacent fiscal war among different levels of government about who should be able to tax that market. In order to clarify the taxation of the marketplace and the digital products, Brazil enacted in December 2016, a new law that added as a service subject to the ISSQN (the Municipal service tax of Brazil) the provision of digital services and products in the form of applications, visual or audio content among others, made available to consumers in Brazil by foreign providers. The problem here is that each of the municipalities of Brazil (more than 5 thousand) have their own tax rate, and compliance with those taxes vary from city to city.

LatAm is very invested in making sure that there is some kind of regulation in place intended to tax or define the responsibilities of the marketplaces and the players. Specifically, after the OCDE and the CEPAL revealed that the region is losing more than 600 million dollars for not properly taxing those platforms and services, most countries are actively updating their VAT legislation to ensure compliance and proper collection of the taxes.

Subscribe to the Sovos Regulatory Feed for all the latest updates on marketplace tax law.

Ramon is a Tax Counsel on the Regulatory Analysis team at Sovos. He is licensed to practice law in the Dominican Republic and is a member of the Dominican Bar Association. He has a Certificate Degree from Harvard University as well as a J.D. from the Universidad Autonoma de Santo Domingo. Ramon has written a number of essays about tax administration and has won the first prize in the international essays contest sponsored by the Inter American Center of Tax Administrations (CIAT). Prior to joining Sovos, Ramon worked for more than 10 years in the Department of Revenue of the Dominican Republic where he served as Deputy Director. He is proficient in French and Spanish.
Share This Post
Share on facebook
Share on twitter
Share on linkedin
Share on email
North America Tax Information Reporting
Understanding Recent Form 1099-K Reporting Changes

As the online platform economy has evolved, the related tax reporting requirements are also changing and becoming more intricate for businesses. With Form 1099-K reporting, organizations must ensure that they are up to date on all IRS and state tax regulations to stay in compliance. Form 1099-K is not necessarily a requirement for all businesses […]

This quarterly blog series focuses on tax information reporting (TIR) and unclaimed property (UP) issues impacting businesses facilitating transactions involving digital assets. Each quarter, Sovos experts will provide updates and reminders on tax and UP issues in advance of the next quarter – to help you have a line of sight into what to expect […]

Managing sales tax obligations can be complex in the direct-to-consumer (DtC) alcohol beverage shipping space. Luckily, Sovos ShipCompliant’s Alex Koral, regulatory general counsel, broke down key considerations in the recent Understanding Sales Tax for the DtC Shipper webinar. Here are highlights from the presentation to help you better understand the many nuances of this tricky […]

The State of Indirect Tax, featuring IDC, was a three-session event hosted by Sovos on April 7. It covered IDC’s thoughts on the current and future state of indirect tax, the biggest trends and changes from a regulatory perspective and the importance of aligning your IT and tax teams in your compliance strategy. The sessions […]

Meet the Expert is our series of blogs where we share more about the team behind our innovative software and managed services. As a global organisation with indirect tax experts across all regions, our dedicated team are often the first to know about regulatory changes and developments in global tax regimes, to support you in […]