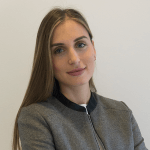 The decision to launch e-Factura was taken after closely monitoring the Italian e-invoicing model and analysing the economic impact and efficiencies that electronic invoicing has had for both business-to-government (B2G) and business-to-business (B2B) transactions in Italy.

E-Factura is to implement a new e-invoicing system for B2G transactions but also lays the foundation for the extension of the platform for further developments and provides the necessary know-how to develop an e-invoicing system in B2B.

In October, Government Emergency Ordinance (GEO) no. 120/2021 introduced the legal framework for implementing e-Factura, regulating the structure of the Romanian e-invoice process and creating the framework for [achieving] basic technical specifications of the e-invoice system.

Further documentation regulating the use and operation of e-Factura and technical documentation such as API specifications and draft e-invoice schemas have also been published.

Taxpayers can expect the same requirements to apply to B2G and B2B e-invoicing. However, certain aspects for B2B e-invoicing must still be clarified, such as the authentication process and requirements for accessing and using the e-invoicing system through the API for taxpayers and their service providers.

The Romanian e-Factura went live as a voluntary system on 6 November 2021, just six months from the announcement of the Ministry of Finance of the roll-out of a new e-invoicing system and only one month after publication of enacting legislation. Suppliers in both B2B and B2G transactions may opt to use this new e-invoicing system and issue their e-invoices in the Romanian structured format through the new system.

The Romanian e-Factura is a clearance system where e-invoices are sent, cleared, and received through the central platform. The structured invoice is issued in XML format and sent to the central platform for validation. The validation checks relate to the compliance of the structured invoice with the schema requirements, the authenticity of the origin regarding the identity of the issuer who is authenticated in the system and the integrity of the invoice content after transmission. An XML invoice that passes validation and is signed by the Ministry of Finance is considered the legal invoice.

The initial implementation timeline must be – by international comparison – considered short for the roll-out of an extensive new CTC system. This could be explained by the fact that the roll-out of the voluntary system is not as disruptive as that of a mandatory system.

If, or when, a mandate is announced or relevant e-invoicing incentives are introduced, a longer implementation timeline is likely to follow to facilitate for taxpayers to comply with the new requirements in time.

Need to ensure compliance with the latest Romania e-Factura requirements? Speak to our team. Follow us on LinkedIn and Twitter to keep up-to-date with the latest regulatory news and updates.

Joanna is a Senior Regulatory Counsel at Sovos. Based in Stockholm and originally from Greece, Joanna’s background is in commercial and corporate law with research focus on EU law and financial innovation. Joanna earned her degree in Law in Greece and her masters in Commercial and Corporate from London School of Economics and Political Science (LSE) in London.
Share This Post
Share on facebook
Share on twitter
Share on linkedin
Share on email
North America ShipCompliant
Why Can’t I Ship Alcohol Through the USPS?

Vino drinkers in 48 locales can get their favorite wines shipped direct-to-consumer (DtC) to their home, while beer and liquor aficionados only can have their top libations delivered in 12 and seven locations, respectively. These shipments must also be through a private carrier, as the United States Postal Service (USPS) is forbidden from delivering alcohol […]

A recent report released by the European Commission has stressed the need for Member States to increase the number of audits they undertake, particularly in e-commerce businesses. The European Commission specifically highlighted the need for Malta, Austria and France to make additional efforts to improve their value-added tax audit practices. They highlighted the seriousness of […]

The Belgian taxation landscape can be challenging for insurers if they are not well versed in the rules and requirements for ongoing compliance. Belgium ranks as one of the somewhat trickier countries to deal with in the Insurance Premium Tax (IPT) sphere with a plethora of different taxes due dependant on the class of business […]

Despite the broad interest among Americans for direct-to-consumer (DtC) shipping of beer and spirits, there is clear reluctance among state legislators to change laws to enable these sales. In California, the would-be DtC shipping expansion bill SB 620 was recently amended by the State Assembly in a way that will severely impair the ability of […]