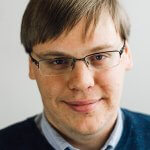 It’s now over two years since goods and services tax (GST) was implemented in India. And yet GST reporting continues to present challenges for businesses. With the unveiling by the GST Network of new filing enhancements and considering the increased focus on GST compliance with the advent of e-invoicing, a review of periodic GST filing is welcome.

The history of periodic GST filing

GST taxpayers must file electronic returns through a portal provided by the GST Network. GST rules originally required normal taxpayers to file three returns every month; the GSTR-1, containing details on outward supplies by the filer, the GSTR-2, containing details on inward supplies by the filer, and summary return GSTR-3 partially auto-populated by the first two returns. The filing of the GSTR-2 was quickly suspended, resulting in the suspension of the GSTR-3, and its replacement with the “simpler” GSTR-3B, which taxpayers had to complete manually.

A new GST return system, which would have replaced the current monthly filings with new form GST RET-1 and its annexes on inward and outward supplies, was planned for October 2020. Key aspects of this new system would have been the validation of supplier’s outward supplies by the recipient, and the auto-population of the RET-1 based on the annexes on inward and outward supplies. This summer, however, the new system was put on indefinite hold, with the government and the GST Network announcing they would instead be enhancing the current return system.

1.The creation of the GSTR-2B:

The GST Network now generates the GSTR-2B, a statement on Input Tax Credit for all recipients. The statement provides recipients with information on available and unavailable input tax credits as of the 12th of every month. The statement draws information from a recipient’s suppliers’ GSTR-1s, and other forms such as the GSTR-5 and 6 when appropriate. Beginning in September, details on imports from Special Economic Zones Units/Developers will also be included in the statement. The generation of the GSTR-2B should help taxpayers when completing the GSTR-3B and in managing their input credits. Additionally, the GST Network has also provided taxpayers with a reconciliation tool to reconcile the GSTR-2B with their own purchase ledgers.

Taxpayers can now generate a PDF containing values found in table 3 (excluding 3.1d) of form GSTR-3B based on data found in their filed GSTR-1. The impacted sections of the report are not auto-populated. Taxpayers must still verify the values contained in the PDF and transfer them onto the actual GSTR-3B which they file.

All these changes are steps towards increasing the automation of return filing to ease the burden of GST compliance on taxpayers. Given the advent of e-invoicing in India last week and the ongoing challenges presented by the Coronavirus crisis, taxpayers will appreciate these enhancements and being able to avoid learning a new return system. These changes still don’t achieve the level of automation envisioned under the now aborted new filing system, or achieve true automation of GST filing. Going forward it’s important taxpayers continue monitoring the government’s steps to automate India’s GST reporting regime, especially once the e-invoicing reform has been fully launched.

Andrew Decker is a Senior Regulatroy Counsel at Sovos Compliance. Within Sovo’s Regulatory Analysis function, Andrew focuses on international VAT and GST issues and domestic sales tax issues. Andrew received a B.A. in Economics from Bates College and J.D. at Northeastern University School of Law. Andrew is a member of the Massachusetts Bar.
Share This Post
Share on facebook
Share on twitter
Share on linkedin
Share on email
ShipCompliant
Top 3 Reasons to Monitor Brand Labels for Beverage Alcohol