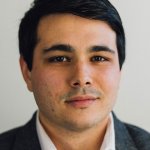 In both the House and Senate, Congress is looking to change the thresholds for Form 1099-MISC and Form 1099-K reporting.

Form 1099-MISC, which is used to report miscellaneous income, currently has a general threshold of $600 with some exceptions (e.g. royalties of $10 or more, or direct sales of at least $5,000 of consumer products to a buyer for resale anywhere other than a permanent retail establishment). This $600 threshold has been in place since 1954.

Form 1099-K, which is used to report Payment Card and Third Party Network Transactions, currently has a threshold for third party network transactions that requires reporting only when gross payments exceed $20,000 and when there are more than 200 transactions. This high threshold creates a “gap” where many people who meet either requirement do not have to file because they do not meet both requirements.While this “gap “exists for third party network transactions, it should be noted that there are currently no limiting thresholds for payment card transactions.

The Small Business Owners’ Tax Simplification Act of 2017 would raise the reporting threshold for Form 1099-MISC from $600 to $1500. Additionally, it would lower the reporting threshold for Form 1099-K from $20,000 to $1500 and remove the transaction threshold reporting requirement. Unlike the NEW GIG Act, the House Bill has bipartisan support as it has cosponsors from both sides of the aisle as four Republican cosponsors and two Democrats are cosponsoring the bill. This bill was introduced on the House floor in September and is currently in the House Ways and Means committee.

The impact of the lower 1099-K threshold would be significant as it would create new reporting responsibilities that would not have existed previously and have a big effect on ride-sharing companies as their drivers are not paid directly. Instead, these companies are considered third party networks, meaning that they facilitate the driver’s ride-sharing business by finding the driver passengers and transferring payment between the passengers and drivers. Furthermore, online sellers who use virtual marketplaces and accept payments via online payment processors, which are also considered a third party network, would be affected by the lowered 1099-K threshold as well.

Given the potentially large impact that these threshold changes could have for information reporting requirements, it’s certainly important to keep track of this pending legislation.

Find out how Sovos enables organizations to successfully automate 1099 reporting.

Get in touch to learn more about regulatory updates on Sovos Compass.

Adam Rivera is a member of the Regulatory Analysis Team’s Direct Tax division at Sovos. His main areas of focus are Federal and State Tax Withholding and Affordable Care Act (ACA) Reporting. Prior to Sovos, Adam worked as a legislative aide in the Florida House of Representatives. He also has experience in securities law, focusing on securities litigation and researching emerging crowdfunding methods of raising capital. Adam is a member of both the Massachusetts and Florida Bars. He earned his B.A. from the University of Florida and his J.D. from the University of Miami.
Share This Post
Share on facebook
Share on twitter
Share on linkedin
Share on email
E-Invoicing Compliance EMEA India
India: New Taxpayers to Comply with E-invoicing Rules

North America ShipCompliant
Can a State Restrict DtC Shipping of Alcohol into Other States?

The legal landscape for direct-to-consumer (DtC) shipping of alcohol is a hodgepodge of rules and regulations that vary from state to state. This follows the broad principle set out in the 21st Amendment that each state shall govern the “transportation or importation . . . therein of intoxicating liquors.” As such, New Hampshire can permit the […]

A parafiscal tax is a levy on a service or a product which a government charges for a specific purpose. It can be used to financially benefit a particular sector (public and private). Unlike the drastic changes in Stamp Duty reporting within the Portuguese region, the parafiscal taxes have remained consistent and unchanged for many […]