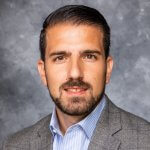 Far from being a burden, Peru’s electronic invoicing mandate has helped medium-size businesses embark on digital transformation while also catalyzing a broadening of the country’s tax base.

The International Monetary Fund (IMF) will release this fall a study detailing the impact mandatory e-invoicing in Peru, which began in 2014 and has since moved to a clearance model. Salma Khalid, an economist in the IMF’s Western Hemisphere Department, and Matthieu Bellon, an economist in the organization’s Fiscal Affairs Department, discussed the forthcoming study in a recent podcast.

Peru widens its tax base with e-invoicing

Compliance to mandatory e-invoicing has been strong in part because it makes the threat of audit more real to businesses that could largely ignore the possibility of an audit before the mandate began. The cost of auditing through traditional paper methods is prohibitively high for the SUNAT, Peru’s tax authority, so auditing smaller businesses in the era before e-invoicing was rare.

E-invoicing in Peru is a positive for government and businesses

Still, e-invoicing has been a positive force in pushing medium-size businesses to pursue digital transformation, which will “make them more competitive” and “allow them to engage more effectively with the new economy,” the economists said in their podcast. They also praised the SUNAT for an effective rollout of the mandate, which took smaller businesses’ concerns into account by giving them more time to comply.

Peru isn’t the only nation in Latin America to experience success with e-invoicing. Industry observer Billentis reported earlier this year that other Latin American countries have used the clearance model to produce measurable results:

Billentis also predicts that the clearance model will dominate global e-invoicing, with the market for e-invoicing and business enablement for this technology-driven tax enforcement model growing from nearly $4.8 billion in 2019 to $20 billion by 2025.

Find out how Sovos keeps clients compliant with changing e-invoicing mandates all over the world.

Gustavo Jimenez is the Product Marketing Manager for Sovos’ e-invoicing solutions and is based in Atlanta. Gustavo is responsible for go-to-market strategy for Sovos LatAm e-invoicing solutions in countries with existing and upcoming mandates. He has more than five years of experience in e-invoicing, middleware integrations, and regulatory research. He works closely with the product management and development team as well as sales and marketing to facilitate compliance process transformations for Sovos clients. Prior to joining Sovos, Gustavo was responsible for marketing activities and strategy at Invoiceware International, a leading e-invoicing solution for businesses with operations in Latin America. He focused on the go-to-market strategy of their solutions as well as communications with the LatAm market about regulatory changes and new solutions.
Share This Post
Share on facebook
Share on twitter
Share on linkedin
Share on email
E-Invoicing Compliance EMEA Italy VAT & Fiscal Reporting
Italy: A New Way to Report Cross-Border Invoices

When Italy introduced its mandatory e-invoicing system, cross-border invoices weren’t included in the scope of the reform. To introduce the mandate, Italy asked the European Council for a derogation from the VAT Directive and the country was granted permission for the introduction of a mandatory clearance system for domestic transactions performed between Italian taxpayers. It’s […]

The evaluation of retail unclaimed property compliance can be quite complex when taking into account the nature of the business.  On one hand, the organizational and accounting structure of a retail company presents challenges in the form of determining which state properties should be reported and remitted to, per the priority rulings.  On the other […]

Digitization has become more prevalent, especially because of COVID-19. Companies looking to improve efficiency via digital transformation are taking advantage of the benefits tax technologies can provide their business processes. Although they’re not within Turkey’s e-invoicing mandate scope, companies have been using e-document applications as part of their operational processes to save time, costs and […]

Direct selling companies and multi-level marketing (MLM) businesses have numerous complexities to consider when it comes to sales tax calculation and reporting requirements. Along with an expansive physical nexus footprint, direct sellers must know how their products and services are taxed around the country. It’s a daunting task when facing it alone.  Where are you […]

In September 2020, the Agency for Digital Italy (AGID) introduced new requirements for the creation and preservation of electronic documents, which will be enforced from 7 June 2021. This blog discusses the requirements and how they affect the issuance and storage of e-invoices. Electronic Documents in Italy The AGID is responsible for the Italian digital […]