Why Clearance E-invoicing Is Both Inevitable and Positive for Businesses

Clearance-model e-invoicing will sweep the globe because it works – at least for tax administrations. With the VAT gap opening to more than half a trillion dollars worldwide, governments around the world are likely to follow the Latin American model of tax authorities inserting themselves into transactions.

A new report from Bruno Koch at industry observer Billentis explains why the e-invoicing clearance model is set to overtake the less invasive reporting model as countries move from paper-based invoicing to mandating electronic invoicing. Fundamentally, the clearance model, in which the tax authority must approve an invoice before a seller and buyer complete a transaction, is simply more effective in reducing the VAT gap than the reporting model, which relies on a post-audit method, or audits after transactions happen.

The report cites the success of modern e-invoicing mandates, which include clearance models:

Within the next six years, Koch predicts, the clearance model will dominate global e-invoicing, with the market for e-invoicing and business enablement for this technology-driven tax enforcement model growing from nearly $4.8 billion in 2019 to $20 billion by 2025. The trick is that the growth will be sporadic country-by-country, with no uniform timelines nor standards for mandates around the world.

“Unfortunately, most clearance models grow from the bottom-up over several years,” Koch writes. “Moreover, the main aim is only to combat tax evasion. Most business processes are affected by this development. The final scenario is not communicated by the tax authorities, as they seem not to have a clear vision or five-year strategy. In practice, one business document after the other is gradually being digitised with data exchange via clearance models.”

Compliance as part of the supply chain system

In order to maintain compliance with developing mandates, he says, multinationals will have to include e-invoicing in their supply chains. That’s not just good advice; it’s a legal requirement. A lot of companies have managed to merge their financial systems with physical supply chain controls already, but tax compliance often remains in a functional silo.

“The overlap between the three topics is steadily increasing,” Koch writes. “Due to their evolution over time, processes and messages among both trading parties and tax authorities are still executed in parallel. Harmonised digitalisation is only possible if suppliers, buyers and tax authorities collaborate to design and implement an appropriate model.” 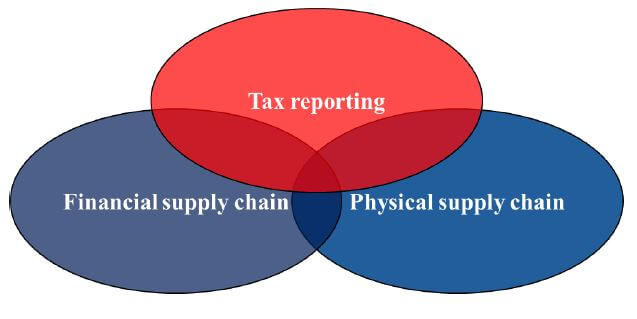 The best way to incorporate e-invoicing into the supply chain is by using a third-party service, Koch suggests. He calls the invoice “the queen of documents,” as it is, in most countries, the most important document for proving compliance and recuperating VAT payments. VAT compliance is “essential,” he says, which means incorporating e-invoice clearance into the supply chain is a requirement–and one that companies must be prepared to take on country-by-country with changes that come with short time periods for response.

Only a third party can keep up with changes in country mandates and incorporate them into merged supply chain systems. Trying to handle compliance one country at a time with separate operations and separate teams is excessively difficult and resource-consuming. It’s also risky, opening a company up to potentially expensive audits as well as to dented cash flow from cancelled or interrupted transactions and damaged relationships with suppliers and customers.

And, in fact, while the clearance model might seem cumbersome at first, companies that respond to it with the right strategy and systems can actually save money. The Billentis report concludes that “e-invoices that are issued using clearance models reduce tax compliance costs by 37-39 percent for corporate businesses, and 8-56 percent for private businesses compared to paper invoices.”

The report cites other advantages of clearance e-invoicing:

Clearance e-invoicing, already the norm in Latin America, is coming to the rest of the world. Companies that prepare for it property by implementing the right system and merging compliance into the supply chain can not only stay out of trouble, they can actually realize benefits they don’t have now.

Find out how Sovos has been keeping companies on top of clearance e-invoicing for more than a decade.

On May 6, 2021, Tennessee Governor Bill Lee signed HB 742 into law, establishing a slew of new provisions affecting the direct-to-consumer (DtC) shipping of wine in the state. These provisions, however, will not become effective until January 1, 2022. While the bill does impose several new restrictions and requirements on businesses involved in DtC […]

Kansas became the latest state to adopt effective economic nexus rules after the state legislature overrode a Governor’s veto to pass SB 50. The new law becomes effective on July 1, 2021, to apply to sales made after that date. Under the new economic nexus law, remote sellers will face sales tax liability on their […]

The Spanish tax system is one of the most complex in Europe. This can bring a real challenge to insurance companies writing business in Spain or for those that want to start writing business in the country. As explained in previous blogs, Spain has various taxes and surcharges on insurance premiums with different rates and […]

As the digitization of sales tax continues to raise compliance stakes worldwide, businesses require a complete solution for real-time tax calculation. User-centric solutions that operate on the most up-to-date regulatory requirements can help organizations avoid backtracking and making adjustments for evolving regulations after the fact. This is where a cloud-based sales tax solution comes into […]