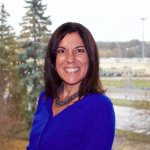 There has been a lot of attention paid to “gig” economy workers lately, and that includes some scrutiny by state and federal tax authorities. The growing impact to tax revenue as a result of under-reporting of income and minimal payments of self-employment taxes from this ‘new’ sector of American workers has not gone unnoticed. Academic and tax professionals have written articles related to the potential tax gaps as a result of misaligned laws and lack of education related to tax obligations in this industry.

To be clear, “gig” work is not new; musicians and artists to name just a couple of examples have been performing side hustles for a long time. But the rapid growth of this new worker economy is what shapes the news. More Americans seem to be turning towards part-time gigs, and research indicates that technology has likely helped to contribute to what could turn out to be a new U.S. worker classification.

A 2016 study released by the JP Morgan Chase Institute surmised that the online platform economy allows workers and sellers to connect easily, and provides flexibility for people to work when they want. Work can be completed for simple, short-term tasks, and reimbursement occurs electronically. Platforms also exists for participants to sell goods or rent assets using similar flexible technology to execute transactions.

Gig economy workers are non-employees and should receive either Form 1099-MISC or Form 1099-K. When a payer reimburses workers through an electronic platform, the tax law requires a Form 1099-K, rather than Form 1099-MISC, which reveals the income earned from freelance jobs paid during the calendar year.

A disparity exists between the two forms. Non-employee compensation reported on Form 1099-MISC is required when payments aggregate to $600 or more during the calendar year.  However, third-party payment settlement organizations (TPSOs) must issue Form 1099-K when payments aggregate to $20K or more during the calendar year – and those monies had to be paid over the course at least 200 transactions to be treated as reportable.

Many gig workers do not make enough money to trigger the Form 1099-K reporting requirement. According to State Tax Notes, an informal survey of gig workers indicated that 88 percent earned less than $15K per year, and another survey indicated earnings of less than $500 per month.

Failing to receive a Form 1099-K creates problems for both the taxpayer and the government.  The same State Tax Notes article also indicated that a 2017 report by finder.com estimated 69.8 million Americans participate in the gig economy but do not declare an estimated $214.6 billion to the IRS each year. According to the IRS, 63 percent of taxpayers who do not receive a 1099 form will underreport income, and most do so inadvertently. If they are self-employed, they could also be unknowingly underpaying self-employment taxes, Medicare and Social Security.

States get in on the gig

Over the last two years, a handful of states introduced legislation to align Form 1099-K reporting with Form 1099-MISC in their states and require TPSOs to report Form 1099-K at the $600 threshold.

In 2017, Vermont introduced a bill to eliminate the 200-transaction limit and reduced the reporting threshold to $600. The state also aligned laws related to information reporting penalties for failure to file with these new rules during that same year. Massachusetts followed by passing a nearly identical bill the same year.

In February, the Treasury Inspector General for Tax Administration (TIGTA) released results of an audit that “was initiated to evaluate the self-employment tax compliance of taxpayers who earn income in the gig economy and assess the IRS’s processes and controls that identify and address noncompliance with self-employment tax requirements.” During that audit, TIGTA discovered that Treasury regulations for reporting Form 1099-K for gig economy workers are insufficient and recommended that the IRS work with the Office of Tax Policy to address the issue. I wrote about the findings in this report earlier this year.

Congress and the side hustle

In early March, H.R. 1625 was introduced as the NEW GIG Act of 2019. This bill essentially establishes a new worker classification separating a gig worker from an independent contractor.  This bill also sets forth a proposed 5 percent withholding rate and reporting requirements. S.700 was also introduced in early March with identical text. The Senate Finance Committee is currently reviewing the details, including the withholding and reporting implications associated with these payments.

House Ways and Means Committee Chairman Richard Neal, D-Massachusetts, underscored the underreporting issue when he released the most recent IRS estimates of the tax gap at $460B recently in a hearing to examine taxpayer noncompliance. Kevin Brady, R-Texas, pointed to the underreporting issues in the gig economy as areas of the tax law that Congress should focus on rather than focusing on ramping up IRS enforcement for noncompliance.

Form 1099-K Filers, and especially gig economy payers, should prepare for the pending change to the withholding and reporting requirements associated with Form 1099-K. Understanding the business and tax implications, providing feedback to the IRS during the open comment periods that will come with proposed changes, and planning for the changes within the organization are crucial to staying in compliance.

Following are some points to consider with these proposed regulations –

Investment in a modern tax solution

Minimizing the impact of the significant changes ahead may require investment in a modern tax solution. Scalable solutions can ingest multiple sources of transactional data, limiting impacts to already strained IT resources. Technology that can transform source transaction data into tax reportable formats for recipients, the IRS and state tax jurisdictions minimizes manual involvement in preparing the data for reporting.

Automation of IRS compliance validations to the data reduces risk of noncompliance. Producing tax statements that comply with IRS requirements and that are delivered to recipients in a timely manner is imperative to the organizational reputation.

Sovos has been helping companies deal with changes in 1099 reporting for more than three decades. Learn what Sovos can do for any organization.

Wendy Walker is the principal of Tax Information Reporting solutions at Sovos. She has more than 15 years of tax operations management and tax compliance experience with emphasis in large financial institutions, having held positions with CTI Technologies (a division of IHS Markit), Zions Bancorporation and JP Morgan Chase. Wendy has served as a member of several prominent industry advisory boards. She graduated with a BS in Process Engineering from Franklin University and earned her MBA from Ohio Dominican University, in Columbus, Ohio.
Share This Post
ShipCompliant United States
An Analyst’s Insights into 2020 Direct-to-Consumer Wine Shipping Report

Sovos ShipCompliant and Wines Vines Analytics recently released the 2020 Direct-to-Consumer Wine Shipping Report and we asked Tom Wark of Wark Communications, a company specializing in beverage industry communications, to give us some of his insights and takeaways from this year’s report. Tom has been involved in the creation of the DtC report for many […]

In a recent piece published by Deloitte, Upgrading to SAP S/4 HANA: The evolving role of the tax function in large multinationals, the case is made that the move to S/4 HANA is the right time and technology for tax to embrace digital transformation. We would agree. With SAP extending the support deadline of its […]

Italy has been a pioneer when it comes to automating e-invoicing processes. It first introduced a B2G e-invoicing system in 2014 which has since evolved into a robust and mandatory platform for the exchange of invoices now also expanded to include B2B and B2C transactions. The Italian central e-invoicing platform SDI was considered revolutionary by […]

The Government Accountability Office (GAO), a U.S. Congress watchdog, published a report evaluating the IRS’s approach to regulating virtual currency (crypto) and the guidance it has offered the public. The GAO’s Recommendation However, a portion of the report was directed at the IRS and the Financial Crimes Enforcement Network (FinCEN), a bureau of the U.S. […]