E-factoring for Small and Midsize Companies Finally Arrives in Argentina 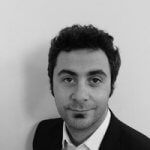 With the issuance of Resolution 5/2019 by the Ministry of Labour and Production, Argentina has implemented the electronic credit invoice, a credit instrument intended to speed up payments and finance of small and midsize companies.

The electronic credit invoice is an invoice that the supplier issues to the buyer. The supplier will then also fiscally register the invoice so it can be negotiated publicly.

When is it mandatory and who is affected?

In general terms, the framework is applicable to small and midsize companies in the context of their sale of supplies to big companies. However, midsize and small companies who wish to operate with electronic credit notes when transacting with a similar counterparty can voluntarily do so.

The Resolution 5/2019 is not yet applicable to all small and midsize companies but rather establishes a schedule for entry into force and will become mandatory in stages:

The Resolution affects all type of documents issued by subjects of the mandate, including invoices and credit and debit notes of type A, B, and C. It is important to note that the mandate will be applicable only to invoices with an amount equal or superior to 50,000 pesos (equivalent to $1100) during the first year.

How does it work?

Invoices that fall under the framework must be issued as is any other document in Argentina. In other words, the invoice must be cleared by the tax authority before it is communicated to the buyer. However, the new framework means the possibility of extra steps to benefit from the financial opportunity.

Similar to what happens in Chile, in the Argentinean framework the invoice will be registered in an Electronic Credit Invoice Registry that serves the purpose of a hub of information for all the parties involved in the finance transaction. It is used by suppliers to consult which companies must receive such type of invoices and manifest their intentions to include the invoice in the framework. Such manifestations mean that the invoice will be passed on to another participant of the framework: an agent able to negotiate the invoice at the stock exchange market. Such agents can consult the status of the invoice in the registry.

The process means that big companies must put in place controls to be able to confirm invoices from both the commercial and tax perspectives as such invoices will not only affect them but will also be negotiated publicly. In fact, in case of lack of payment, the new owner of the invoice can pursue an expedited credit collection procedure against the buyer.

Does this effectively benefit the small and midsize businesses?

The answer is rather simple. Considering that around 30 percent of the small and midsize businesses in Argentina supply big corporations that have a minimum payment period of 90 days (usually non-negotiable), the utility of the electronic credit invoices becomes self-explanatory.  However, it is yet to be seen how productive the process really is, as the value of the invoice depends on its appreciation by the public market, which can potentially influence small and midsize businesses to collect payment earlier but at a smaller amount. In a country where the monthly inflationary rate can reach as high as 6.5 percent, the difference between collecting now or in 90 days can be substantial, and it is therefore likely that the tool will have widespread adoption.

To keep up to date with regulatory, news and other updates join our LinkedIn Group or discover Sovos e-invoicing solutions.

ShipCompliant
10 Steps to Expand Your Winery

Looking to enter a new market or bring new wines to the marketplace? Growing any business can be complicated, and the beverage alcohol industry is no exception. Not knowing how or where to begin can be the biggest hurdle. From market research and branding to strategic considerations and compliance, this 10-step guide will get you […]