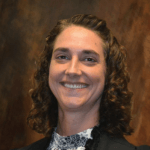 Enacted by signature of the Governor on April 29, 2021 and effective July 1, 2021. Due to the cut-off date for the fall cycle, and the lack of a “transitional provision,” this bill will not change holders’ obligations for reporting in 2021.

As previously highlighted, this RUUPA bill will replace the state’s existing law. The bill can be found here. The enacted version of this bill incorporates amendments made in February and March. As enacted, this bill tracks with RUUPA except for the following key differences:

• It is silent regarding gift cards and stored value cards, which is interpreted as a complete exemption of these instruments from unclaimed property reporting;

• It uses general language regarding the “age at which the IRS requires a minimum distribution from the account” in the tax-deferred retirement accounts provision in order to conform to the changes in federal tax law under the SECURE Act and any potential future changes.

• It sets the statutes of limitation, both generally and after filing of a non-fraudulent report, at 10 years.

• It has a business to business exemption for credit memorandums and credit balances.

• It expressly provides that the following constitute indications of interest by an apparent owner with respect to demand, savings or matured time deposit accounts in financial institutions:

o non-return of mail; and
o Any activity concerning another account or relationship that the apparent owner has with the financial institution.

In her role as compliance manager for unclaimed property reporting, Danielle Herring oversees support of the product, researches changes in state unclaimed property laws so the system is updated to comply with them, and tests changes to the system before they are released. Danielle also completes some report and letter processing for current clients, assists with their direct support, provides customer training, and helps with troubleshooting and questions about using the product. Outside of work, Danielle loves to garden and is a master gardener.
Share This Post
Share on facebook
Share on twitter
Share on linkedin
Share on email
PrevPreviousGermany: Dialogue about the introduction of CTCs
NextTennessee Passes Bills to Amend Existing RUUPA LawNext