The Future of Insurance Premium Tax in the UK 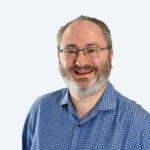 Although Rishi Sunak did not mention Insurance Premium Tax (IPT) in his budget on 27 October 2021, one of the consequences of the UK leaving the EU is that HM Treasury (HMT) are conducting a review of the Value Added Tax (VAT) treatment of financial services in the future, and this may have implications for the future of IPT in the UK. This review is very much at the planning stage and an agreement will need to be reached at a ministerial level on the objectives, scope, and any limitations to be placed on the review.

However, it already seems clear that one of the key objectives will be to look at the numerous VAT exemptions that are in place for financial services companies, including insurers, and how these can be tidied up in the legislation as it’s not always apparent how they can be applied in practice.

Could UK IPT be abolished and replaced by VAT instead?

Abolishing IPT appears to be something that has not been ruled out at this preliminary stage. It is arguable that such a move could on the face of it be attractive to the government. They could say that they’re streamlining tax regimes and making things more straightforward for taxpayers.

For VAT, there is the EU Sixth Directive from 28 November 2006 on the common system of value added tax that provides legislative framework and has been enshrined into UK law. However, there isn’t a similar EU taxation directive for IPT, so abolishing IPT in the UK and introducing provisions for taxing premiums into existing UK VAT legislation doesn’t appear to be so problematic.

However, there are several key considerations that need to be considered as part of this process:

This is partly a political and financial decision. The increases to the UK IPT standard rate from 6% to 12% made between 2015 and 2017 did not bring in as much tax revenue as hoped. This is mainly because non-admitted, non-EEA insurers continued to not always pay the tax and the insured can only be assessed for it by HMRC under specific circumstances, which in practice rarely happens.

Replacing IPT with VAT could change this, along with maybe making policyholders liable to pay the tax if the non-compliant insurer won’t meet their obligations. On the other side, increasing the current tax rate by 8% would not be popular politically, especially if they’re trying to say that taxpayers won’t have to pay any more tax.

This could happen. The government could decide to keep a reduced rate of 12% for types of compulsory insurance that are needed by policyholders, such as motor and property insurance.

With the latter, this would take the pressure off people looking to get on the property ladder that need buildings insurance for a mortgage. It would also dispel the accusation that the government is pricing the poorer parts of society out of having property contents insurance, leaving them exposed to financial risks if something happens, particularly if they live in places at risk of flooding.

They could still charge 20% on other types of insurance that either do not have social implications or are clearly only sold to businesses such as Directors’ and Officers’ Liability.

The situation for customers that are VAT registered would be beneficial as they could recover input VAT on their premiums, which they can’t do with IPT as it is an irrecoverable cost for them. For non-VAT registered customers, the situation doesn’t change from before and they would likely have to pay more tax, unless insurers reduce their pre-tax premiums accordingly before they add VAT.

As many of these insurance products are deemed to be lifestyle choices for the insured as opposed to compulsory, taxing them is a distinct possibility. This could perhaps be done by using a reduced 12% rate to avoid discouraging people from taking out such insurance.

This is a difficult question to answer. Insurers have traditionally relied on brokers to ensure policies are taxed correctly, so it is likely that the burden of any administrative changes would need to gain approval from not only insurers but brokers too before they could be implemented.

It is interesting to note that in the HMRC consultation on “The operation of Insurance Premium Tax” (July 2019) and the follow-up exercise on “Insurance Premium Tax: Administration and Unfair Outcomes” (November 2020) that the IPT abolition question was not specifically addressed, but this may not mean that it is off the table.

What are the next steps?

HMT and HMRC will continue to liaise with insurers representative bodies such as the Association of British Insurers (ABI) and the International Underwriting Association (IUA) on what options they should explore further and what the potential financial implications are of any changes.

They will then move on to the next steps of having a consultation and arranging regular Industry Liaison Group meetings with interested parties including the ABI and IUA to progress matters. All of this will take time, so we are only at the beginning of this process.

To find out more about the changing regulatory landscape download IPT Compliance Guide and follow us on LinkedIn and Twitter to keep up-to-date with regulatory news and updates.

As senior consulting manager, Russell joined Sovos in 2021. A career spent in insurance premium taxes on global insurance programmes has given him many years of experience in handling compliance and advisory challenges from location of risk and IPT liability to co-insurance and financial interest clause cover. He has worked for financial service providers EY and TMF and more recently as head of indirect taxes at Tokio Marine HCC. He has been a member of both the ABI and IUA Indirect Tax Working Groups as well as being an active participant in regular Lloyd’s Indirect Tax Forums.
Share This Post
Share on facebook
Share on twitter
Share on linkedin
Share on email
North America ShipCompliant
Dispelling the Top 5 DtC Shipping Myths