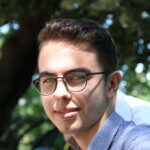 Romania has been taking steps toward introducing a continuous transaction controls (CTC) mandate since 2021. Although the Romanian tax authority only established the legal framework for implementing the e-invoicing system less than a year ago, it is set to go live soon. At the same time, the e-transport system, introduced even later, will also be rolled-out. Both systems will become mandatory as of 1 July; however, there are still open questions that taxpayers hope will be addressed by the Romanian authorities. By international comparison, taxpayers in Romania have a relatively short time window to comply with the new obligations.

Suppliers of high-fiscal risk goods are obliged to use the RO E-Factura system as of 1 July 2022. Suppliers must transmit structured invoices issued in XML format to the system. The Ministry of Finance will apply its electronic seal as proof of clearance. This XML with the Ministry of Finance’s seal is considered the legal invoice according to Romanian regulation.

Romania requested a derogation from EU VAT Directive 2006/112/EC to introduce mandatory e-invoicing. ANAF (The National Agency for Fiscal Administration) is authorised with Law no. 139 to issue an order in 30 days following the expected derogation decision from the EU VAT Directive to establish the scope and the timeline of the B2B e-invoicing mandate according to Law No. 139. However, the Romanian authorities are silent on whether the 1 July mandate to use the e-Factura system for high fiscal risk B2B supplies also requires a derogation decision from EU VAT Directive.

Regarding the technical documentation, ANAF recently published the OAUTH (Open Authorization) 2.0 procedure within SPV (Virtual Private Space), allowing taxpayers to produce an authentication token and pass it to third-party applications, which will enable third-party applications to authenticate towards the SPV. However, even if the complications with the authentication process seem resolved after the recent documentation, the May date of these documents’ publication raised questions on whether the Romanian authorities gave reasonable time to businesses to comply by 1 July.

The RO E-transport system is another Romanian digitalization project. It requires taxpayers to use an IT system and issue an e-transport document before transporting of certain goods begins. Just like e-invoicing, taxpayers are required to issue an XML file and send it to the tax authority through SPV.

The requirement to issue e-transport documents concerns categories of high fiscal risk products; as mentioned above, this also comes into force on 1 July 2022. While the mandatory go-live date for the e-transport system is imminent, the legislative process has not been completed by ANAF yet. In addition, the technical documentation, including the APIs, schema, and validation rules, was completed only two weeks ago.

The emergency ordinances that introduced the obligation of e-invoicing and e-transport system for high fiscal risk products as of 1 July have not yet been approved by law.

However, as both systems are currently due to become mandatory on 1 July 2022, businesses have been preparing to comply with the requirements while trying to deal with many uncertainties.

We’ll see in the coming days how Romanian authorities will manage the implementation of both systems, either by keeping the 1 July deadline or by postponing the mandates until further clarification and guidance on open questions are provided.

Need to ensure compliance with the latest regulations in Romania?  Get in touch with our tax experts. Follow us on  LinkedIn  and  Twitter  to keep up-to-date with regulatory news and updates.

Enis Gencer is Regulatory Counsel at Sovos and is based in Istanbul, Turkey. With experience in compliance and legal consultancy he currently undertakes the legal monitoring and analysis of the regulations regarding electronic documents. Enis graduated from Istanbul University Faculty of Law.
Share This Post
North America ShipCompliant
5 Essential Questions to Ask When Searching for a Compliance Partner