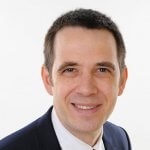 As we all know, insurance premium tax (IPT) differs country to country and if your company writes insurance cross border, tracking every jurisdiction’s IPT rate can be challenging.

We’re often asked by insurers about IPT regimes in overseas France because they vary island to island. Not only does each territory maintain its own IPT regime, but these differ to Mainland France as well.

Many French and international organisations have subsidiaries in these overseas territories so it’s important to understand how the different IPT rates and filings affect compliance.

Some French overseas territories, such as Guadeloupe and Martinique, are treated as a local French district so they are declarable on a French IPT return as though they are located within the European Member State. Others, known as “Collectivités d’Outre-Mer” have greater autonomy and set their own tax affairs, including their own IPT regimes, risk profiles and premium stipulations.

Before we begin, it’s worth noting that for comparison’s sake France’s default IPT rate is currently 9% and filings are monthly.

IPT in French Polynesia is currently 10% and filings are monthly.

Made up of a collective of more than 100 smaller islands, this South Pacific archipelago is France’s biggest only overseas country. The law within French Polynesia states taxes must be filed by a local representative, which can make it difficult for insurers operating from afar.

If you don’t have a fiscal representative in French Polynesia, you can appoint what’s referred to as a ‘special agent’ – typically someone from your insurance company that acts as a legal representative – to sign the tax return.

Most organisations prefer to avoid this though, as the title comes with significant legal ramifications as the responsibility of the special agent is placed on an individual, rather than the organisation.

The current IPT rate is 7% and filings are quarterly.

As in the case of French Polynesia, there is a legal requirement for taxes to be filed by a local representative.

In the last few years, agreements have been concluded with a select number of countries (Australia, Belgium, France, Ireland and Luxembourg), facilitating the access to the New Caledonian insurance market to their insurers.

There is a possibility that additional countries could be added at a later date, however there’s no timeline for this. Naturally, this makes New Caledonian IPT more challenging than most.

The default IPT rate in Saint Martin is 5% and filings are monthly.

IPT in Saint Martin doesn’t require a local representative to process taxes but there is a requirement for the insurer to be authorised and registered in France in order to write insurance in Saint-Martin.

But IPT is not the only tax applicable on insurance premiums in Saint-Martin, parafiscal charges such as the Major Risks Prevention Fund levy, similar to the levy applied to CatNat premiums in France, is also due on motor and property risks.

Often, the most complicated element of filing IPT in French overseas is the fact that insurers are not based in the specific territory. Filing returns overseas requires in-depth knowledge of local requirements, laws, regulations and often a local partner experienced in assisting with processing.

Keeping up-to-date with changing tax rates, different filing formats and deadlines as well as understanding interpretations of local rules can be challenging especially when writing business in non-core jurisdictions. If you have questions about IPT within France or its overseas territories, get in touch with us and we’ll be happy to help.

Senior Regulatory Specialist, Regulatory Analysis. Christophe joined Sovos FiscalReps in 2011 and has been managing the IPT compliance process for a portfolio of captives and French speaking clients. Based in France, he focuses on the development of the global IPT content and technology offering. Christophe completed a degree (certificate) in Journalism at Ecole Nouvelles in Nice, France. He is a native French speaker, and also speaks fluent Spanish.
Share This Post
Share on facebook
Share on twitter
Share on linkedin
Share on email
North America ShipCompliant
2022 Direct-to-Consumer Wine Shipping Mid-Year Report