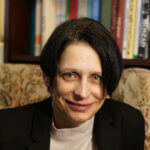 As of 1 January 2016, Hungary introduced the so-called taxpayers’ qualification system. This means the Hungarian Tax Office (HUTA) qualifies its clients into three categories. The system covers all direct and indirect taxes.

What are the different categories?

There are three categories – risky, general and reliable taxpayer. The best is ‘reliable taxpayer’ which provides the taxpayer with additional benefits and understandably the worst is ‘risky taxpayer’ and this classification comes with additional, stricter rules. If a taxpayer doesn’t meet the criteria of a reliable or risky taxpayer but behaves compliantly most of the time, then they will be placed in the general category.

How does the taxpayers’ qualification process work?

HUTA reviews a taxpayer’s status every quarter. The qualification process takes a month and taxpayers are notified electronically of any changes to their category via the tax office online portal.

What are the criteria to qualify as a reliable taxpayer?

To qualify as a reliable taxpayer, a company must comply with all the below criteria:

As you can see the criteria is robust and extensive, but it is achievable within three years following the tax registration if a company demonstrates consistent compliant behaviour.

What are the criteria to qualify as a risky taxpayer?

Whereas a taxpayer needs to fulfil several conditions simultaneously to qualify as a reliable taxpayer, a risky categorisation can be awarded if any of the below conditions are met:

Once a taxpayer is placed in the risky category, this qualification will remain for at least a year or in some cases, for the duration of noncompliant behaviour.

What are the benefits of being categorised as a reliable taxpayer?

There are many benefits which include:

What additional costs do risky taxpayers need to consider?

For a risky taxpayer the opposite conditions are applicable, meaning:

Sovos can help you qualify for reliable taxpayer status. Get in touch to discuss your tax requirements in Hungary.

Edit is a senior regulatory counsel. She joined Sovos in January 2016 and has extensive IPT knowledge and experience. Her role ensures the IPT teams and systems at Sovos are always updated with legislative changes. She is a Hungarian registered tax expert and chartered accountant and has worked for companies in Hungary including Deloitte and KPMG and as an indirect tax manager she worked for AIG in Budapest. She graduated with an economist degree from Budapest Business School, faculty of finance and accountancy and also she has a postgraduate diploma from ELTE Legal University in Budapest.
Share This Post
North America ShipCompliant
5 Essential Questions to Ask When Searching for a Compliance Partner