How Insurers can Prepare for Tax Authority Audits 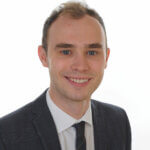 A tax authority audit can come in various forms, whether it be directly to the insurer itself or indirectly through a policyholder or broker.

It can be targeted, for example, where an insurer has been specifically identified to be investigated due toa discrepancy on a tax return, or it can be indiscriminate in its nature as part of a wider exercise being carried out by an authority.

Whatever form the audit takes, the key to responding is in the preparation beforehand.

What information should be kept for a tax authority audit?

First and foremost, insurers should ensure they are retaining copies of evidence that can be used to justify the tax amounts declared and settled. This may include the insurance contracts themselves, the invoices issued to policyholders and a record of their data that comprises the declarations that have been made.

It’s worth noting that in Italy there is a formal requirement to maintain IPT books which detail each of the premiums received during each annual period. Although this is not necessarily a specific requirement in other countries, applying this approach to all premiums received will put an insurer in a strong position if an audit is carried out.

Further documentation demonstrating compliance is also useful. If external advice has been sought, e.g., to determine the appropriate class of business for a policy and the consequent tax application, then retaining a record of this advice is advised in case this is required later.

There may be cases where a tax authority’s advice has specifically been sought and such correspondence will inevitably hold considerable weight if tax treatment is queried during a subsequent audit. Documentation of any processes in place to ensure compliance is also valuable.

As statutory limitation periods vary across jurisdictions, evidence should be kept as long as is practicable (subject to relevant data protection laws where applicable) so that it can be produced if an audit takes place.

The consequences of noncompliance

In the digital age, this practice should hopefully not seem overly burdensome. It’s worth referring to the penalty regimes in place in some countries to put the potential repercussions of an unsatisfactory audit into context.

The UK is an example of where a behaviour-based approach to determining penalties is used, with the highest level of penalties reserved for cases of deliberate and concealed undeclared tax where the authority itself has prompted the declaration.

Lower penalties (or indeed no penalties at all) will be levied where reasonable care is taken, and reasonable care will be far more likely to be considered to have been taken where records are kept in the ways described.

Audits can happen at any time so it’s important insurers have taken the necessary steps to ensure information and data to demonstrate compliance is available to the tax authority when requested.

Ensuring the accurate and timely submission of tax returns is likely to reduce the possibility of a targeted audit. The IPT managed services team at Sovos has a huge amount of experience with tax filings in the UK and across Europe and has assisted many insurers with unexpected audits.

Get in touch with Sovos today about the benefits a managed service provider can offer to ease the burden of IPT compliance.

James Brown is a Principal Compliance Services Representative at Sovos. His academic background is in Law having studied the subject at undergraduate level, and he has since enjoyed various roles in the IPT Managed Services Department at Sovos.
Share This Post
Share on facebook
Share on twitter
Share on linkedin
Share on email
North America Sales & Use Tax
Sovos Global Tax Determination Seamlessly Handles Black Friday, Cyber Monday Sales