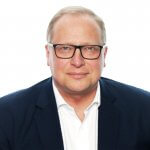 In the past five years, transaction automation platform vendors who embraced e-invoicing and e-archiving compliance as integral to their services grew on average approximately 2.5 to 5 times faster than the market.

Until 1 January 2019, when Italy became the first European country to mandate B2B electronic invoicing, service providers in the B2B transaction automation (procurement, EDI, supply chain management, order-to-cash, electronic invoicing etc) space in Europe had been able for over 15 years to choose whether they wanted to make VAT compliance part of their electronic invoicing value proposition.

This may sound confusing for readers less familiar with the history of European electronic invoicing legislation and practices. For example, electronic invoicing in Latin America has always been synonymous with VAT compliance: the very introduction of electronic invoicing as a business practice coincided with the imposition of so-called ‘clearance’ and similar revolutionary models whereby the tax administration receives (and often pre-approves) digital invoices in real-time. In Europe, however, B2B electronic invoicing became an option following changes to the VAT Directive in 2001. For most of the intervening period, EU requirements for the VAT-compliant exchange and archiving of invoices in electronic format were ‘functional’ – which is lawyer-speak for when legislation tells you what result should be achieved but doesn’t tell you how to do that. This soft approach has led to some diverse approaches among EU countries, but generally speaking, businesses could choose the means by which to comply with the key requirements of guaranteeing invoice integrity and authenticity.

The freedom to decide how to meet the VAT Directive’s key e-invoicing and e-archiving requirements has also translated to a broad variety of B2B automation service provider approaches. These range from some service and software providers explicitly making compliance a customer problem, to fully embracing it as integral to their value proposition. Vendors in the former category have often promoted the notion that compliance is first and foremost a function of the trading partners’ internal controls rather than something that can or should be achieved by a platform processing the invoice between the trading partners’ internal systems. Vendors that embraced VAT-compliant e-invoicing from the start took the opposite view. They believe it’s beneficial to trading partners if the invoice exchange platform handles the compliance aspects of the issuing, receiving and archiving of digital invoices. These approaches provided different levels of customer value, but both were legally possible.

Did compliance make a difference?

We at Sovos (building on the 2018 acquisition of TrustWeaver AB) have in the past decade had the immense privilege to provide multi-country e-invoicing and e-archiving compliance services to vendors who chose to embrace VAT compliance. As a result, enormous amounts of electronic invoices are made VAT-compliant via our services every day – and not just for Europe but for over 60 countries worldwide. Consequently, we’re in a good position to understand how service providers that embrace compliance perform compared to those that don’t.

The nature of our business naturally prevents us from disclosing anything about the data we process that could expose any of our many valued partners and customers. We have many safeguards built into our operations that make it impossible for any employee or other person to perform customer-specific analysis on data going through our servers. However, we can extrapolate generalized growth numbers from different vendor partner categories – and the results are spectacular.

Let’s look at market growth in a critical period for growth in European e-invoicing, 2015 to 2019. If we forget for a moment that market analysis in this area is notoriously difficult due to differing definitions of what constitutes an electronic invoice (some insist that only structured data that allows B2B automation is ‘real’ e-invoicing; others only consider documents that use a technical method guaranteeing integrity and authenticity of the file rather than internal business processes to fall into this category, etc), it’s probably fair to state that European e-invoicing (not involving consumers) nearly – but not entirely – doubled in this time period. Billentis estimates that the total number for 2015 was 4.8 billion, and for 2019 8 billion. Year-on-year growth was rather slow, and 2019 numbers would have been closer to 6 billion if Italy hadn’t mandated e-invoicing from that year onward. It was also thanks to Italy that service provider-facilitated volumes grew faster than in-house solutions; prior to 2019, both grew at a near-identical pace.

EU market growth according to Billentis estimates was 74% between 2015 and 2019. Service providers started outpacing in-house solutions towards the end of this period; it’s not unreasonable to assume that the total period 2015-19 showed growth within the service provider segment upwards of 100% – perhaps as much as 150%. These numbers are also supported by extrapolating from statistics published by European E-Invoicing Service Providers’ Association (EESPA) until 2017.

If we now look at Sovos partners that have made a conscious decision to include VAT e-invoicing and e-archiving compliance into their EU services, the picture is very different. These are vendors that view VAT compliance in e-invoicing services to be no different from, say, compliance with privacy law such as GDPR. They don’t ask their customers ‘do you want compliance with that data exchange service’ but assume they’re not providing a full service if they can’t ensure end-to-end compliance of a digital invoice going through their services. To get to a credible number, we looked at such vendors that already had a robust activity on the EU market prior to 2015. We filtered out some vendors that around this period were part of a major M&A operation which either temporarily slowed them down or made their year-on-year numbers difficult to compare.

Using this rough approach, vendors with compliance at the core of their transaction management offering showed a total growth in European e-invoices of 364% during the same period. That is five times faster than the market and 2,5 times faster than a generous estimate of general service provider growth.

Interestingly, if we add compliance-focused service providers that entered the EU market from another region (mostly the USA) just before or during 2015 to this calculation, total growth of the compliant group skyrockets to 640%. However, we chose not to use these numbers which are partly skewed because of lower volumes during the first year or two of the periods.

Compliance is now a must-have software feature, also outside the traditional e-invoicing space

The world of electronic invoicing services is rapidly changing. Even service providers that for a decade or longer were adamant that compliance in the EU was a customer problem and not theirs are now accepting that, at least in countries like Italy with regulatory mandates, they have to embrace compliance as something without which their services would have very little customer value.

Nonetheless, it’s interesting to look in the rear mirror and observe what has created a huge distance between the leaders and the laggards in the European market to date. Without a doubt, those who have chosen to make compliance part of their mission have a competitive advantage that cannot be underestimated going forward.

With VAT compliance becoming an ever-stronger driver behind e-invoicing growth, it will become imperative for many different types of enterprise software to put world-class compliance at their core. Platforms that have not been in the middle of the transformation around multinational electronic invoicing in Europe and LATAM in the past two decades are more likely to be exposed than others. Examples of such segments are e-commerce platforms and their payment/billing service providers, travel and expense management solutions, CRM software with billing capabilities, and EIPP (Electronic Invoice Presentment and Payment) solutions integrated by banks.

To find out more about what we believe the future holds, download Trends in Continuous VAT Compliance.

Christiaan Van Der Valk is vice president, strategy. Elected a World Economic Forum Global Leader for Tomorrow in 2000, Christiaan is an internationally recognized voice on e-business strategy, law, policy, best practice and commercial issues. Formerly co-founder and president of Trustweaver (acquired by Sovos), Christiaan also holds long-standing leadership roles at the International Chamber of Commerce (ICC) and the European E-invoicing Service Providers Association (EESPA). Over the past 20 years, he has presented at and authored key papers for international meetings at the Organisation for Economic Cooperation and Development (OECD), the Asia Europe Meeting, World Trade Organization and several other UN agencies. Christiaan earned his Master of Laws degree from Erasmus Universiteit Rotterdam.
Share This Post
Share on facebook
Share on twitter
Share on linkedin
Share on email
North America ShipCompliant
Compliance and Tax Considerations for Cider Producers