Unclaimed Property and Cryptocurrency: Regulation and the Impact on Digital Assets 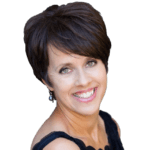 For the past 70 years, unclaimed property reporting requirements have been challenging for US businesses. Understanding the nuances of individual state statutes and how to comply effectively and efficiently has caused many sleepless nights for unclaimed property professionals. Well, that may be a bit extreme, however, state regulations are difficult to master. When the first escheatment laws were enacted, the notion of virtual currency was far from the minds of those developing the laws and would have been thought of as ideology dabbling in the realms of fantasy.

Fast forward to the twenty-first century where we now have digital assets living conceptually in a blockchain.  Terms like altcoin, yield-farming, HODL, DEX, mining, and staking are permeating the digital realm and regulators are working feverishly trying to monitor and regulate transactions that are a challenge to contain, at best. So how do the companies engaging with digital assets live harmoniously with the regulators looking to control the reporting, specifically as it relates to unclaimed property?

It is important to note that most businesses, large or small, private or public, are likely to produce unclaimed property, and organizations dealing in digital assets are no exception. Each state has outlined its own unique set of rules and requirements on how companies should communicate with owners, maintain historical records, and report the unclaimed property to the state(s).  The costs of non-compliance can be significant, and depending upon the value of the asset and the state, can push well into the thousands. There can be penalties, interest, and even misdemeanor charges for failure to comply. Couple all that with the possibility of lengthy state audits, which can morph into beasts-of-burden for an organization in terms of costs and human effort.

Impact of  the RUUPA on unclaimed property

If you provide any type of digital asset custody services, you have a direct legal obligation to the owner. It is important that you review the requirements for unclaimed property reporting and partner with an expert, like Sovos, to help you navigate the waters of compliance.

Join us on April 20, 2021 from 1 – 5 P.M. EDT for the opportunity to learn more about these monumental changes in the world of digital assets and unclaimed property. View the agenda, esteemed presenters, and register for this free event here!

Sovos’ consultants have noticed a growing trend in 2021 as states across the country increase their unclaimed property pre-audit activity or voluntary compliance programs. Due to the negative economic impact resulting from COVID-19, Sovos’ consulting, reporting and regulatory teams have been preparing for increased unclaimed property compliance enforcement efforts to shore up struggling state budgets. […]

The Commonwealth of Massachusetts is squarely in the midst of modernizing its sales tax filing and remittance requirements, and in so doing, creating new, novel and likely challenging requirements for taxpayers. The most recent incarnation of this modernization was announced in its September 2021 DOR News, which hints at new requirements for restaurants and ecommerce […]

By Tom Wark, Executive Director, National Association of Wine Retailers The effort to open more states for interstate wine retailer-to-consumer shipments is multi-pronged. One prong—perhaps the most important—is the effort to overturn discriminatory state laws by using the federal courts to challenge state laws that violate the U.S. Constitution’s dormant commerce clause as well as the […]