What are the Sales Tax Implications for Firearms and Firearm Safety Devices? 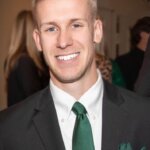 Sales tax is commonly a driving force for revenue, yet it can be utilized by legislatures to influence change in public policy. Whether the policy sought is centered on economic, public welfare or environmental grounds, tax has been historically used as a facilitator.

For example, plastic bags at checkouts of food markets are often subject to a small fee per bag to dissuade use and limit potential environmental impact. Even foods such as candy and soft drinks can remain taxable because they are viewed as not healthy.

A current legislative agenda trend involves taxes pertaining to firearms, firearm safety devices and ammunition. Over the past two legislative sessions across the country, more than 30 bills on these topics have been introduced or passed in states. Notably, each individual bill may offer perspective into the public policy of a region or come with a melting pot of differing backgrounds, opinions and attitudes. These factors influence the social scheme behind bills, but also which tax approaches legislators take when proposing them.

Numerous states, including Arizona, Maine, Maryland and Tennessee, have recently proposed bills seeking to exempt firearm safety devices (e.g., trigger locks, gun safes). While these bills may share a similar policy objective by making firearm safety device purchases more affordable, the plan of execution for each piece of legislation differs. For instance, Maine enacted LD 1140, effective January 1, 2022, exempting “firearm safety devices” from its sales tax. The legislation defines such a device as one “designed for securing firearms” and mentions a safe, lockbox, trigger or barrel lock. Comparatively, Arizona’s recently proposed HB 2368 exempts “firearm storage devices” and more expansively defines the devices as ones designed to deny unauthorized access or render a firearm inoperable by a type of lock.

Maryland’s proposal not only varies in definition but also in application. The exemption would only apply to the first $500 of the taxable price of a firearm safety device and as a result, may leave out larger firearm cabinet safes. This is interesting as the bill would encourage purchases of firearm safety devices, but also could ensure that the Maryland tax base is not materially diminished.

Unlike the safety devices noted above, the spectrum of approach for sales tax legislation on firearms is much broader. Several methods have been proposed and implemented, ranging from Louisiana’s annual Second Amendment Sales Tax Holiday to a proposed Minnesota firearm sales tax holiday, as well as propositions for additional taxes in New Jersey and Massachusetts, and even to complete exemptions in West Virginia and Ohio.

Louisiana historically offers a sales tax holiday weekend where the sale of firearms, ammunition and hunting supplies are exempt. Currently, the holiday only applies to local level sales tax and would not apply at the state level again until 2025. The reasoning may be due to legislator, consumer and business interests favoring a temporary exemption in the state for sporting goods. Likewise, beginning July 1, 2021, West Virginia exempted the sale of small firearms and small firearm ammunition from sales tax and added provisions for related tax credits, explicitly stating in the legislative notes that the purpose is to stimulate economic growth in manufacturing industries.

Massachusetts has offered a differing methodology with respect to sales tax on firearms. Proposed bill HD 1813 would establish an excise tax on guns and ammunition to fund safety awareness, research, community initiatives and buy-back programs. The bill provides that those licensed to sell or supply firearms would be responsible for paying an excise equal to 36% of the wholesale value of the firearms sold or supplied, as well as 36% on the wholesale value of a “single round” of ammunition sold or supplied.

Consequently, the policy underlying the Massachusetts bill proposal may be closer in line with concerns for community welfare seen in the firearm safety device exemptions above, as opposed to those around economic welfare or sporting interest. The bill is unique in that it adds an excise tax rather than replacing the sales tax.

Legislation around firearms, ammunition and firearm safety devices will be relevant for the foreseeable future. For example, Tennessee Public Chapter 1053, effective May 27, 2022, extended the state’s gun safe and gun safety device sales tax holiday. This holiday was originally scheduled for July 2021 through June 2022, but now has an additional year until June 30, 2023.

Clearly, tax reform is being utilized as a tool to shape the surrounding public policy in this area. Notably, out of the 30 bills mentioned, those involving firearm safety devices make up the majority. Given the current environment and associated societal concerns, we may even see an increased presence of innovative and perhaps impactful legislative design and structure. Rest assured that Sovos will continue to report on this important trend concerning firearms and firearm safety devices legislation as well as its impact on future sales tax law.

How fast are sales tax laws evolving? Check out our annual Sales and Use Tax Report to learn more.

The expansion of the Value Added Tax (VAT) and Goods and Services Tax (GST) indirect tax to include business to consumer (B2C) sales of digital services is one of the most important new revenues for many countries. What are the electronically supplied services? E-services that a company supplies electronically can be: Supplies of images or […]

It’s time to return to Insurance Premium Tax (IPT) prepayments – a continuation of our blog series on this important IPT topic. You can find the first entry in our blog series here. IPT is declared and settled differently throughout Europe. Monthly, quarterly, or biannual declarations – the frequency varies across Member States – and some […]