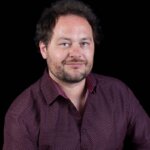 On July 13, the Uniform Law Commission (ULC) voted to approve a model act that could impose significant burdens on businesses engaged in direct-to-consumer (DtC) shipping of beverage alcohol. (Read on to find out just who the ULC is, anyway.)

While the model bill has not garnered a lot of attention yet, what attention it has gotten has largely been negative, pointing out its questionable legitimacy or the potential damage it could cause the DtC alcohol shipping market.

As drafted, the model act establishes new rules on DtC shipping of alcohol that would both increase the regulatory burdens and risks for legal DtC shippers. However, what effects it actually will have on the DtC alcohol shipping market will only be apparent if and when it is adopted by any state. There is the chance that this won’t go anywhere or will prove to be a toothless law.

But anyone active or interested in the DtC alcohol shipping market should be well aware of the model bill and wary of the threat it could pose.

What is the ULC and what is a ‘model act’?

The Uniform Law Commission is an organization of lawyers and legal professionals that, according to its website, works to provide “states with non-partisan, well-conceived and well-drafted legislation” on various areas of state law. Since 1892, the ULC has drafted hundreds of uniform acts that states can use as a template when writing their own legislation. These model acts aim to provide a more standardized approach to everything from commercial law to family law to alternate dispute resolution, ideally decreasing the complexity of dealing with 50 states with their own ideas on how to draft statutes.

The ULC itself, though, has no official status and cannot enact or enforce the model acts it drafts. Instead, it is merely a resource that state legislators and statutory drafters can look to when they want to adopt a new law. That said, the ULC does have a lot of credibility, and some of its model acts have been widely adopted across the country (for instance, the Uniform Commercial Code, a set of laws governing commercial practices in place, with some tweaks, in each state).

The model DtC shipping act is thus part of this legacy, an attempt to create a clear, unified law that could resolve the confusion around DtC shipping of alcohol that exists today.

What is in the model DtC shipping act?

In the intervening years, however, that original mandate was thrown completely out of the window. Instead, the usual suspects who are staunchly opposed to any DtC shipping of alcohol convinced the ULC commission that before anyone adopts what is, by all accounts, an extremely popular idea, they must first fix all problems, real or perceived, within the existing DtC shipping market. In turn, the focus of the commission shifted from DtC shipping of beer and spirits to imposing new regulations on current shippers.

What was ultimately adopted (after months and months of negotiations and Zoom meetings, including educating the ULC commissioners on the particularities of the beverage alcohol industry; not a few admitted to having received illegal DtC shipments themselves in the past) is an act with two main functions:

There are no other major provisions in the model act, and certainly nothing on creating legal paths for direct-to-consumer shipping of beer and spirits.

The fulfillment house regulations largely follow the pattern adopted by other states in recent years, requiring any business that services DtC shipments on behalf of a licensed shipper (i.e., a winery or other seller) to get licensed themselves, to accede to the jurisdiction of the states they get licensed in, and to file regular reports on the shipments they facilitate to those states. While imposing regulations on out-of-state fulfillment houses is somewhat controversial, the real concern here is how unnecessary it is.

Fulfillment houses are seen as a soft target by those who don’t like any DtC shipping of alcohol. By imposing onerous burdens on them, the intention is to make it difficult for enough licensees to ship their products to severely disable the whole market. Fulfillment houses are vital for many DtC shippers, who are often small manufacturers without the large warehouses and shipping departments needed to manage a national shipping program.

While there are some legitimate concerns around the use of fulfillment houses (for one, fulfillment houses can appear to be unlicensed shippers, when in fact they are only acting as agents for licensed sellers), there are easier ways to regulate the DtC shipments they manage than adopting the ticky-tacky regulations provided in the ULC’s model act.

The other main provision, creating cause of actions against local businesses for violating foreign laws, presents a potentially profound constitutional challenge. Currently, state regulators are stymied when they try to take action against unlicensed DtC shippers. If a retailer in Florida is shipping tequila to Iowa, in clear violation of Iowa law, there is little that Iowa can do about it besides send a cease-and-desist letter. Florida, in turn, has no real cause to pursue the retailer.

This is a potential problem with the DtC market, in that some illegal shippers appear to act with impunity. We at Sovos ShipCompliant are clearly on the side of abiding by state laws and do not advocate this kind of action. The problem here, though, is ultimately one of federalism.

However, this is potentially what the ULC model act is setting up for the DtC alcohol shipping market. Under its provisions, a state can (and potentially must) investigate its own citizens, and revoke their licenses to locally sell, manufacture or distribute alcohol if they appear to violate the laws of a different state. While this could resolve some lingering issues in the DtC market (namely those Florida retailers shipping tequila into Iowa), any regulator charged with this power should be very leery about using it. Indeed, state regulators have expressed derision at the idea of prosecuting their licensees for violating other state’s laws.

This is mostly a problem because often state regulators are ignorant of other state’s DtC shipping laws. They may not understand the nuances of how the other state interprets and applies those laws, and if they act on the mere appearance of a violation, they could cause irreparable harm to a law-abiding licensee. There are provisions in the model act requiring state regulators to conduct “evidentiary hearings” and only act on “good cause,” but what that would look like in practice is unclear. A winery that loses its production license, even temporarily, for an invalid reason could suffer greatly waiting for their state regulators to clear the dust.

Where do we go from here?

Ultimately, the concern with the ULC model act is its uncertainty.

First, it is completely unknown if any state will actually adopt it (though we should expect the usual suspects to trot it out in front of every state legislature as a panacea to all the alleged ills of DtC shipping). One possible outcome here is that it just quietly goes away.

Second, a model act is merely a model, and state legislatures are free to add and amend as much as they want. Indeed, this might be part of the plan. Once they begin discussing ways to “fix” the DtC shipping market, other more pernicious provisions (even prohibitions) could be slipped in as well. Along that line, statutes themselves are subject to a range of rulemaking and interpretations that could take a burdensome, but acceptable, requirement and make it an outright barrier (see Alabama, which adopted such a restrictive licensing process for DtC shippers and fulfillment houses that many have decided to opt out of shipping there).

There is also the big question of why. What really will be solved by this model act? Will state regulators actually prosecute their constituents for violating foreign laws? Or will this end up a toothless bill, resulting in the usual suspects coming back in a few years saying, “I guess that didn’t work, so the only solution is to prohibit it all”?

It’s truly unfortunate that a model bill that started out with such a positive aim—expanding a legal process for a practice that is widely popular —ended up so thoroughly cleaving to protectionist special interests.

In the end, the proof of the model act will be in the eating. For active and prospective DtC alcohol shippers, though, the bite might prove poisonous.

Download our ebook to learn more about the intricacies of DtC shipping of beverage alcohol.