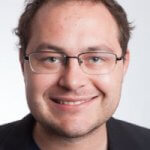 As states have adopted new economic nexus laws over the last several years, vastly expanding whom states can make responsible for sales taxes obligations, direct-to-consumer (DtC) shippers of alcohol have had to adjust, though not as much as most remote sellers. Generally, DtC alcohol shippers are required to collect and remit sales taxes in the states they ship to as a condition of getting their DtC shipping licenses. However, in about a dozen states, economic nexus laws have established new or additional tax sales tax burdens on DtC shippers of alcohol.

When the Supreme Court ruled in the 2018 South Dakota v. Wayfair case that states could impose sales tax burdens on remote sellers that made a certain threshold of annual revenue in their states (i.e., economic nexus), DtC shippers were largely already managing interstate sales tax filings in most states. As such, most economic nexus rules did not present major changes for DtC alcohol shippers. They have continued to collect and remit sales tax in those states as business as usual.

There are several states that never obligated DtC alcohol shippers to collect and remit sales tax as a condition of getting their DtC shipping license. Instead, DtC shippers were only subject to any existing, generally applicable sales tax laws, which more often than not meant the shipper had no sales tax burden in those states. With the national adoption of economic nexus laws, however, many more DtC shippers are now subject to sales tax burdens based on their annual sales in those states.

The states where DtC shippers previously had no sales tax obligations, but now may, if they exceed the state’s economic nexus sales thresholds are: Alaska, Colorado, District of Columbia, Florida, Iowa, Minnesota, Missouri. For Colorado, Florida, Iowa and Missouri, the economic nexus threshold is only established if the seller has in excess of $100,000 in annual revenue in the state. For Alaska, D.C. and Minnesota, however, economic nexus can be reached through either $100,000 in annual revenue or 200 separate annual transactions.

However, it’s not quite so simple in a few of these states:

District of Columbia is fairly straightforward, but it does tax sales of alcoholic beverages at 10%, which DtC shippers with economic nexus should be aware of.

Missouri only adopted economic nexus rules in 2021, and they are not set to take effect until January 1, 2023. Until then, remote sellers, including DtC shippers of wine, will continue to not have any sales tax obligation in the state (Missouri also has a complicated arrangement of local sales taxes, so it is hoped the state takes the time to smooth things out for remote sellers before they need to begin remitting taxes to the state).

California, like most states that permit DtC shipping of alcohol, requires remote shippers to collect and remit all state and local taxes based on the destination of the shipment. However, for many years, the state permitted local businesses to use the tax rate at their physical premises for all shipments across the state. In 2019, though, the state moved to a “destination-based” tax rate determination for all businesses, wherever they are located, that make over $500,000 in annual revenue in the state. Thereafter, all local businesses with such revenue need to collect and remit the specific local taxes for each location that they ship to.

Illinois also only recently moved to a destination tax system. Prior to January 2021, businesses could apply the local taxes at their physical locations for all sales across the state, and remote sellers that did pay Illinois sales taxes (like DtC shippers of wine) were only obligated to collect and remit the 6.25% state rate. Under current laws, remote sellers with economic nexus ($100,000 in annual revenue or 200 separate annual transactions) are obligated to collect and remit all local taxes based on the destination address for their shipments. DtC shippers of wine that don’t meet the state’s economic nexus thresholds can continue to collect and remit only the 6.25% state sales tax.

Generally, the adoption of economic nexus laws has been a boon to the market of DtC alcohol shippers, as states have established new, easier-to-manage collection and filing processes for remote sellers. This is a notable change from past years where it often seemed that DtC shippers had to scrounge and finagle with states in order to get set up as remote sales tax filers. To this, DtC shippers of alcohol should continue to look for sales tax simplification programs, such as those offered by Texas or Alabama, which could reduce the complexity of their burdens.

But there are those several states where economic nexus rules have created new burdens for DtC alcohol shippers, which must be complied with under generally applicable tax laws, not DtC shipping-specific laws. As ever, it ultimately benefits DtC shippers to understand these burdens ahead of time. Demonstrating good compliance with the requirements of a state is the key both to avoiding fines and other penalties, and to spreading and furthering this important and valuable market.

Ready to take your DtC shipping to the next level? See how ShipCompliant Direct can help with your DtC compliance processes, from license management to tax determination (including the ins and outs of economic nexus) and reporting.

Alex Koral is Senior Regulatory Counsel for Sovos ShipCompliant in the company’s Boulder, Colorado office. He actively researches beverage alcohol regulations and market developments to inform development of Sovos’ ShipCompliant product and help educate the industry on compliance issues. Alex has been in the beverage alcohol arena since 2015, after receiving his J.D. from the University of Colorado Law School.
Share This Post
Share on facebook
Share on twitter
Share on linkedin
Share on email
North America ShipCompliant
New Rules for RTDs in Vermont – Including DtC Shipping

On July 1, 2022, Vermont Act 177 takes effect, creating new ways to sell Ready-to-Drink (RTD) spirits in the state, including permission for distillers to ship these products direct-to-consumer (DtC). As defined in the act, “RTD Spirits Beverages” are alcoholic beverages obtained from distillation that contain no more than 12% ABV and are packaged in containers […]