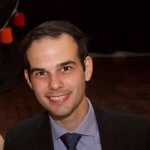 When Italy introduced its mandatory e-invoicing system, cross-border invoices weren’t included in the scope of the reform. To introduce the mandate, Italy asked the European Council for a derogation from the VAT Directive and the country was granted permission for the introduction of a mandatory clearance system for domestic transactions performed between Italian taxpayers.

It’s possible all invoices handled under Italian law, both domestic and cross-border, were in the plans of the Agenzia delle Entrate all along. If so, it seems the idea to introduce far-reaching continuous transaction controls (CTCs) was never abandoned.

Although the data required for filing the Esterometro resembles the data necessary for the issuance of a FatturaPA invoice, there are important differences. More document types are available in the FatturaPA schema and there is more granularity around the description of goods and services.

It was exactly this higher level of granularity that the Italian tax authority was looking for with the introduction of its mandatory clearance platform. And the expanded CTC plans appear to be still on the agenda: the Esterometro will be replaced by the transmission of cross-border invoice data in a FatturaPA to the SDI in 2022, providing the tax authority with the sought-after granularity for cross-border flows.

With this decision, Italy manages to circumvent the effects of the partial derogation granted by the European Council. The reporting realm has traditionally been a field where many EU countries have quietly introduced CTCs without intervention from the European Council.

Italy is now using the same strategy as its fellow Member States, such as Hungary and Spain, that have introduced CTCs through reporting obligations, with little (if any) objection from the EU institutions. These countries have benefitted from granular data without mandating e-invoice clearance for these flows, but simply requiring the report of the invoice data.

The new obligation has been phrased as a requirement to transmit data using the SDI platform. This means that even though the data that would otherwise be submitted through Esterometro will now be sent in a FatturaPA format. This specific FatturaPA is not, in principle, an e-invoice.

In other words, e-invoicing in cross-border supplies is still subject to the buyer’s approval and the parties to the transaction may agree on any format to exchange their invoices (FatturaPA or other). The result is that a legally valid invoice exchanged in ways other than with FatturaPA will coexist with the report of invoice data through a FatturaPA.

For the time being, the Italian tax authority hasn’t published additional technical specifications to the FatturaPA, which strongly suggests the FatturaPA available for use since last October is up to the task. In October 2020, new document types were introduced with version 1.2.1 of the FatturaPA, such as the many classifications for integration documents (a specific class of documents issued upon receipt of cross-border invoices), along with a more granular classification of the nature of non-taxable transactions or those subject to the reverse charge mechanism.

The replacement of Esterometro with a FatturaPA consolidates the SDI as a centralised platform. It provides the Italian tax authority with as much granular data as possible in the country, now including cross-border flows. The data gathered with the new obligation will likely feed the pre-populated VAT returns being produced behind the scenes by the tax authority during this fiscal year and will likely be available to taxpayers by the beginning of the next fiscal year.

Speak to our team if you have any questions about the latest e-invoicing requirements in Italy. Sovos has more than a decade of experience keeping clients up to date with e-invoicing mandates all over the world.

Gabriel Pezzato is a Regulatory Counsel at Sovos. Based in Stockholm and originally from Brazil, Gabriel’s background is in tax, corporate and administrative law. Gabriel earned a Law degree and a specialization degree in Tax Law in his home country and has a master’s degree in International and European Tax Law from Uppsala University (Sweden).
Share This Post
Share on facebook
Share on twitter
Share on linkedin
Share on email
North America Unclaimed Property
Florida Contractor Assisted Self-Audit Program (CASA)

When it comes to direct-to-consumer (DtC)-shipped alcohol boxes, there are requirements from all destination states to label all such boxes to announce that they contain alcohol and must be signed for by someone 21+. This has been the case for DtC wine shipments, and is also true for DtC beer shipments and DtC spirit shipments.  […]

Wine direct-to-consumer (DtC) shipments continue to shift as the marketplace works to regain stability after a difficult economic year. Staying mindful of marketplace data will ensure the industry can properly adjust to any ebbs and flows, helping wine producers, retailers and consumers alike.  Nielsen is collaborating with Wines Vines Analytics and Sovos ShipCompliant to provide […]

Six months after Brexit there’s still plenty of confusion. Our VAT Managed Services and Consultancy teams continue to get lots of questions. So here are answers to some of the more common VAT compliance concerns post-Brexit. How does postponed VAT accounting work? Since Brexit, the UK has changed the way import VAT is accounted for. […]