How the EU-UK Trade and Co-operation Agreement Affects Business 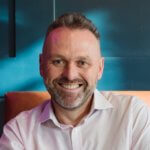 The EU-UK Trade and Co-operation Agreement (TCA) was finally agreed on 24 December 2020, a week before the end of the transition period. The TCA has been fully implemented into UK law but remains provisional as it needs to be ratified in the European Parliament. It is therefore being applied on a provisional basis until 28 February 2021.

The TCA covers several areas in addition to trade between the EU and UK dealing with investment, competition, State aid, maintaining a level playing field, fisheries and data protection. It was some of these areas that proved to be the most difficult to resolve during the negotiations.

How is the TCA different to the Customs Union?

The TCA provides for trade in goods between the UK and the EU to be on a zero tariff, zero quota basis but only if the goods meet the appropriate rules of origin. This reflects the reality that the TCA is not a replacement for the Customs Union that the UK left at 11pm GMT on 31 December 2020. The Customs Union meant that once goods were in free circulation in the EU, they could move from one Member State to another without further payment of customs duty.

The TCA is different, and the origin of the goods is key. There are specific rules on determining origin and a system of self-certification is in place. For example, if goods are of Chinese origin, they won’t be covered by the TCA so would be subject to whatever rate of customs duty applies in the EU when they were exported from Great Britain to the EU. This is in addition to customs duty that would apply in the UK based on the UK Global Tariff unless an appropriate suspensive relief was applied on arrival into the UK.

The TCA also covers mutual assistance around VAT. These mutual assistance provisions may have an impact on the requirement for UK companies to appoint a fiscal representative in those countries where it’s required. However, until Member States formally change their requirements, it’s important that businesses meet their legal obligations as they currently stand.

Failure to appoint a fiscal representative when it’s required may result in penalties being imposed for not trading compliantly and in some cases could interrupt commercial transactions to the detriment of both the company and its customers. /p>

The VAT position of trade between the UK and the EU was largely known before the TCA was signed and is therefore not significantly impacted by the TCA. It was the UK ceasing to be a Member State and leaving the EU VAT area at the end of the transition period which determined the changes that have now taken place.

As a result, many businesses were able to take proactive action rather than awaiting the finalisation of the TCA. If action hasn’t been taken to ensure ongoing VAT compliance, it’s essential that appropriate steps are taken now. Furthermore, if businesses had a Brexit action plan, it is imperative that it’s implemented fully to remove risk.

The presence of a Customs border between the UK and EU means that goods cannot flow freely as they did in the past but taking the appropriate steps to allow the goods to move is not the end of the story. Ensuring VAT compliance once the goods have arrived in the EU is essential, as is recognising that not all Member States have the same requirements.

All businesses should review their current trading arrangements to ensure they are compliant and also that they’re trading in the most efficient way.

Keen to know how Brexit will impact your VAT compliance obligations? Download our Brexit and VAT whitepaper or watch our recent webinar Brexit and VAT: Protect your valuable supply chains and minimise costly disruptions to find out more.

Andy is a highly experienced indirect tax professional who has worked in VAT for over twenty five years. Andy joined Sovos in 2009 and has responsibility for the consulting and compliance teams. Within the consulting team, he is involved in delivering major international VAT projects for blue-chip clients, bringing expertise in both structural compliance and commercial efficiency. Andy specialises in providing clients with bespoke VAT reviews that help them develop into new territories with the appropriate controls in place to manage VAT effectively. Andy has developed expertise in international VAT throughout his career and has advised on a broad range of issues in many countries. Within the compliance team, Andy is responsible for the integrity and professionalism of Sovos’ compliance offering working with the team to ensure clients meet their compliance obligations around the EU and beyond. Andy began his career with HM Customs & Excise and before joining Sovos was VAT Director at Baker Tilly’s Southern UK operation, a Senior VAT Manager at KPMG for six years, and a Senior VAT Manager at Ernst & Young for seven.
Share This Post
Latin America VAT & Fiscal Reporting
Sovos Acquires Taxweb, Extends Tax Determination Capabilities in World’s Most Challenging Compliance Landscape