Location of Risk: The Rules and Exceptions to Look Out For 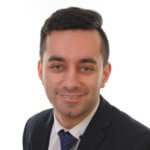 Location of Risk is the foundation of any discussion concerning Insurance Premium Tax (IPT). Once you have correctly established the Location of Risk on a policy, you are on the cusp of determining what indirect taxes are due.

The rules can be complex and differ from country to country, so a robust apportionment and calculation procedure is paramount to ensure compliance. Otherwise, the insurer runs the risk of late filings, penalties, double taxation, and critically, reputational damage.

The landmark 2001 Kvaerner case paved the way for the current treatment of IPT in Europe. Kvaerner, a UK resident company established in the UK, took out a liability insurance policy to cover its global operations. Subsidiaries around the world which also wanted to be covered by the global policy were included, one of which was a Dutch subsidiary of an entity owned by Kvaerner.

The relevant IPT amounts were paid solely to HMRC. The Dutch authorities challenged the policy and the case eventually made its way to the European Court of Justice. The court ruled that IPT was due on the Location of Risk, thus Dutch IPT was due.

The EU Solvency II directive from 2009 further focused IPT compliance. Article 13 Section 13 clearly defines the rules for non-life insurance and member states have implemented this into their own legislation. Loosely speaking, the rules have been implemented according to the following four pillars:

Article 157 from the same directive is easy to interpret but is perhaps the most important piece of the jigsaw as it means the member state can tax the premium.

As we see with IPT and tax points from country to country, treatment and application is not harmonised. Whilst the Location of Risk rules do not differ to the same extent, insurers need to be aware of the different interpretations of the wording from Solvency II.

Registration of vehicles is one such example. Section 13b of Article 13 from Solvency II states ‘the Member State of registration, where the insurance relates to vehicles of any type’.

The Maltese only consider land motor vehicles under this definition, so ships and aircraft are not included. Interestingly, the European Commission take the same view, however this has never been challenged in court. If it were, it could lead to significant changes in the vehicle insurance market.

Another deviation from the norm is the German definition and treatment for the registration of vehicles, particularly commercial sea vessels. Prior to 2017, in the case where a ship was flagged in the UK but operated from Felixstowe to Hamburg for six months of the year, the German authorities took the stance that the risk should be subject to German IPT, since the vessel would be registered in the Hamburg shipping register.

This is an example of double taxation and there have been several cases of this kind in the German courts.

This has posed a particular problem for P&I clubs and marine insurers. In 2017, despite pushback from the market, the German authorities went one step further. Whilst they removed the stance of IPT being triggered based on the shipping register, they replaced this with the ability to tax any vessel that has a connection with Germany. It could be argued that this contradicts EU directives.

In more recent times, the German authorities have updated their Location of Risk rules to include the possibility of taxing premiums relating to non-EU territories in the case where the policyholder is domiciled in Germany.

Ramifications and the future

The cases mentioned are not exhaustive but give an idea of the differences of treatment that can occur. Standing still is simply not an option as we can see authorities are willing to challenge and chase tax gaps to increase revenue.

With the full digitalisation of IPT on the horizon, leading to transactional details becoming increasingly visible, now more than ever it is vital to ensure you are getting it right.

Knowing which rules apply from country to country can be burdensome and the potential consequences of getting it wrong is severe. Our team of experts can guide you through the details and ensure you are on the right compliance path.

Rahul is a Senior Compliance Representative, responsible for delivery of indirect tax compliance services for a portfolio of global insurers. He joined Sovos in 2016 after completing a Financial Maths degree from the University of Surrey.
Share This Post
Latin America VAT & Fiscal Reporting
Sovos Acquires Taxweb, Extends Tax Determination Capabilities in World’s Most Challenging Compliance Landscape

The Court of Justice of the European Union (CJEU) has ruled that Member States must accept, as formally submitted, VAT refund requests that contain invoice identifiers other than sequential invoice numbers. In case C-346/19 (Judgment of 17 December 2020), an Austrian taxpayer’s VAT Refund application was rejected by Germany’s Federal Central Tax Office, on the […]