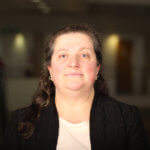 The new stamp duty requirements in Portugal will come into effect in February 2021, having been previously delayed.

The delay has given insurers extra time to prepare for the upcoming changes but even with that additional buffer, many may still be unsure of the requirements and what is expected of them.

The new system will provide the Portuguese tax authority with accurate data on the amounts due and insurers will have to provide additional information to comply and to correctly submit declarations.

Insurers will now be required to collect, disclose and submit additional information in the Monthly Stamp Duty Declaration.

Previously only the declared amount of stamp duty due was required – detail of policies was not required for reporting but this is changing.

In addition to this information, the Law Decree no. 119/2019 revokes the “offsetting” mechanism relating to the tax delivered in previous periods that had allowed insurers to deduct the amount overpaid against future liabilities.

Insurers must now submit a Replacement Declaration whenever there are changes to the amounts previously declared.

If the previously declared tax is higher than that actually due, the Tax and Customs Authority should reimburse the excess amount by the end of the second month following the submission of the replacement declaration, providing it’s been delivered within one year and doesn’t contain any filling errors.

If the Replacement Declaration results in a higher amount than that previously paid, then fines for missing tax may be imposed in addition to the payment of the difference.

This Law Decree also provides the possibility for insurers to file a Gracious Claim whenever there is an improper settlement. This mechanism should be used to request a refund of negative amounts for policies declared prior to January 2021.

This change is just another example in the list of tax authorities requesting additional information on a more frequent basis, in an effort to minimise tax gaps. We don’t see this trend disappearing and we recommend that insurers stay abreast of the latest regulations to be prepared for any future authorities requesting similar transactional information.

Understanding and interpreting local tax rules can be challenging and Sovos’ team of regional experts can help insurers navigate the complexities and ensure timely and compliant filing of taxes.

Find out why Sovos is the leading solution provider for insurance premium tax compliance in Europe.

As a Compliance Services Supervisor, Ana Cristina leads the Country Team, an integral part of IPT Managed Services at Sovos. Having joined Sovos in March 2017, she has worked in a number of roles which provided her with a deep knowledge of IPT, enabling her to ensure that tax compliance and submissions comply with the several tax authorities.
Share This Post
Share on facebook
Share on twitter
Share on linkedin
Share on email
North America Tax Information Reporting Unclaimed Property
Securities Unclaimed Property

The securities industry continues to be an area of focus from an unclaimed property standpoint. Individual issuers and transfer agents are being targeted for audits.  The auditors are using traditional techniques to confirm that holders are in compliance with unclaimed property laws but they are also using nontraditional techniques to identify audit populations and shifting […]

On May 18, 2021, congressional bi-partisan co-sponsors introduced the USPS Shipping Equity Act, a bill that would allow the Postal Service to ship beverage alcohol directly to consumers over the age of 21. If passed, the bill would lift a Prohibition-era ban that currently prevents the USPS from shipping wine and other alcohol directly to […]

It’s been more than a few years since Romania first toyed with the idea of introducing a SAF-T obligation to combat its ever-growing VAT gap. Year after year, businesses wondered what the status of this new tax mandate was, with the ANAF continuously promising to give details soon. Well, the time is now. What is […]

Kansas Governor Laura Kelly signed HB 2137 into law on May 19, 2021, establishing new regulations affecting the direct-to-consumer (DtC) wine shipments in the state. These regulations became effective immediately. What is included in HB 2137? HB 2137 includes provisions that now require both in-state and out-of-state fulfillment houses to register and received a Fulfillment […]