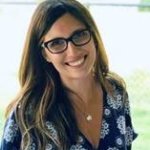 We last reviewed the SAF-T global situation over a year ago, and in that time there have been many changes and proposals especially across the EU. Let’s look at what’s changed since then, as well as what to expect over the next year or two.

The Standard Audit File for Tax (SAF-T) concept was introduced back in 2005 by the Organisation for Economic Co-operation and Development (OECD) with the goal of providing auditors access to reliable accounting data in an easily readable format. This goal is achieved, in part, by allowing companies to export information from their accounting systems (invoices, payments, general ledger journals and master files). In turn, audits should be more efficient and effective based on the standarised format set by the OECD. Though minor, a wrinkle exists in the fact that countries may require a different format in which the data is to be captured, which therefore may mean that no two country implementations of SAF-T are exactly the same.

The biggest player in the field of SAF-T is now Poland. First introduced in 2016 for large taxpayers, SAF-T has certainly evolved over the years. Starting 1 October 2020, all taxpayers must submit JPK_V7M/K which replaces the previously filed JPK_VAT and periodic VAT returns. This new requirement includes a declaration portion, which corresponds to the no longer submitted VAT return and a records portion, which represents the no longer submitted JPK_VAT portion.

The largest change to taxpayers who had previously submitted JPK_VAT is the introduction of commodity group codes (also known as GTUs). Taxpayers must now designate specific fraud vulnerable transactions with relevant GTU codes on invoices. Additionally, Poland requires certain other transactions to be flagged with invoice markers including transactions between related parties and split payment transactions.

Poland is the first country to entirely replace the VAT return with a SAF-T file requirement. Other countries will certainly take note of whether this requirement curbs VAT fraud and reduces the VAT gap.

After announcing intentions to implement SAF-T, there has yet to be any official guidance released from Romania as to how or when this will take effect. Recent reports indicate that the Romanian National Agency for Fiscal Administration (ANAF) has plans to begin the pilot phase of SAF-T filing sometime in 2021, though the ANAF has not confirmed any new timelines. Taxpayers should certainly monitor for additional information on implementation in Romania.

Hungary is another country which targeted 2021 as a SAF-T requirement effective date. Announced late last year, the National Tax and Customs Authority (NAV) launched a pilot project to introduce SAF-T in addition to Hungary’s current real-time reporting requirement. This was originally slated with a 1 January 2021 effective date, though the public consultation document on the NAV website still allows for comments until 1 January. Though no official announcement from NAV yet, it’s expected that this date will be pushed out further into late 2021 or early 2022.

As governments globally continue to introduce measures to increase tax efficiency and reduce VAT gaps, businesses need to ensure that their processes and systems can comply. As can be seen from the measures above, SAF-T provides tax authorities with access to reliable accounting data in an easily readable format and SAF-T and remains effective and popular in the fight against VAT fraud and evasion.

Find out how Sovos can help you central, standardize and automate your VAT and fiscal reporting obligations.

Kelsey O’Gorman is a Regulatory Counsel at Sovos. Within Sovos’ Regulatory Analysis function, Kelsey focuses on global sales tax and VAT issues, supporting both the tax determination and reporting engines. Kelsey received her B.A. in Psychology from University at Buffalo and her J.D. from Roger Williams University School of Law. She is a member of the Massachusetts Bar.
Share This Post
Latin America VAT & Fiscal Reporting
Sovos Acquires Taxweb, Extends Tax Determination Capabilities in World’s Most Challenging Compliance Landscape

From 21 January 2021, the e-invoicing pilot program in China will be expanded In December, China’s State Taxation Administration (STA) announced the expansion of the pilot program that enables certain taxpayers operating in China to voluntarily issue VAT special electronic invoices. These e-invoices can be used to claim input VAT so are generally used for […]

The South Dakota v. Wayfair, Inc. decision pushed changes in many state economic nexus laws, including in South Carolina. The state enacted regulation similar to what was laid out in South Dakota, but there are a few key differences. We have outlined those important changes in the following blog post. Enforcement date: November 1, 2018. […]

January is in full-swing as businesses and software filers scramble to prepare Forms W-2, 1099, 1098 and other information returns to issue to recipients by the end of this month. As the deadline approaches for what is arguably the busiest month of tax season, the IRS released Notice 2021-06 impacting 1099’s that your company may […]