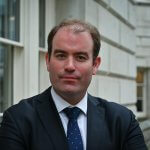 The final date in the Brexit calendar is fast approaching. Whatever the outcome of negotiations, one thing is clear – there’ll be significant changes to VAT in the coming months.

In our Brexit and VAT series, we delve into some of the most important issues of the day to bring you clarity and advice as the 31 December deadline fast approaches.

Currently, the concept of dispatches and acquisitions applies to goods that move between Great Britain and the EU. After 31 December, the movement of goods will be subject to export and import treatment. When it comes to exports, zero rating can apply if the relevant conditions are met. However, imports are liable to import VAT and potentially customs duty.

The path to post-Brexit clarity on imports has been long and winding. In February 2020, the UK Government introduced a range of measures to ease the potential impact of a hard Brexit. Transitional Simplified Procedures (TSP) were introduced for customs entry into the UK with the intention to reduce burdens on business. The UK Government also announced postponed accounting for import VAT, allowing for the tax to be accounted for at the time of the return filing rather than at import.

After the transition deal was signed these measures were abandoned. Controversy around the removal of postponed accounting for import VAT and the catastrophic progress of the COVID-19 pandemic are likely to have affected the UK Government’s thinking. In the Spring Budget in March, postponed accounting was reintroduced and in June, Downing Street introduced updated guidance and a phased implementation in three stages for border controls. This approach serves to mitigate, to some degree, the changes brought about by the pandemic and speaks to the capacity of the UK Government itself in the coming months.

As of stage one, controlled goods like alcohol and tobacco will be subject to checks. In the event there is no preferential agreement with the exporting country, for example a Free Trade Agreement with the EU, the new UK Global Tariff lists (UKGT) will apply. The UKGT can be understood as a worst-case scenario document, showing the tariffs that will apply to imported goods in the absence of a Free Trade Agreement. The sharp eyed among us will note the changes between the current UKGT and the 2019 temporary list. In the latter, 88% of goods were tariff free, whilst the new UKGT reduces the level to 60%.

In addition to the checks, controls and costs of imports, there are a series of changes to mechanisms for importing goods that businesses must consider. Customs Freight Simplified Procedures (CFSP), the existing electronic customs declarations system, and Entry In Declarants Records (EIDR) will be available without application until 30 June 2021 as long as the relevant conditions are met. After this, they’ll require approval.

Postponed VAT Accounting, due to be introduced by HRMC on 1 January 2021, will provide some respite for businesses. It will apply to both imports from the EU and those from outside of it, and crucially, it won’t require an application. However, it doesn’t free businesses from the payment of duties, which will be applicable in line with the UKGT list.

Hopes were high for positive change on Intrastat, the mechanism for EU-UK trade statistics. Renowned for its headache causing qualities and reliance on manual data manipulation, an end to Intrastat was expected by many to be a Brexit bonus. When publishing the Border Operating Model in July 2020, HMRC confirmed that Intrastat arrivals declarations will continue to be required from those businesses that have a liability to submit in 2020. There will be no requirement for dispatches to be submitted.  It should be noted that the position for businesses in Northern Ireland will be different due to the Northern Ireland protocol.

What are the next steps?

Whatever the outcome of negotiations, businesses can expect a significant amount of paperwork in the coming weeks and months. Understanding import obligations and preparing well in advance of each stage of the phased implementation for border controls is essential.

Keen to know how Brexit will impact your VAT compliance obligations? Register for our upcoming webinar Brexit and VAT: Protect your valuable supply chains and minimise costly disruptions to find out more.

Director of Managed Services. Andrew is the Director of Sovos’ Managed Services group in Europe. Based in London, he leads teams specialising in IPT and VAT compliance and fiscal representation in over 30 countries. Andrew holds qualifications in Finance and Business Law, and is a qualified Chartered Accountant with over 10 years experience in indirect tax and technology.
Share This Post
LATAM VAT & Fiscal Reporting
Sovos Acquires Taxweb, Extends Tax Determination Capabilities in World’s Most Challenging Compliance Landscape