Who Bears the Cost of Insurance Taxes – the Insurer, or the Insured? 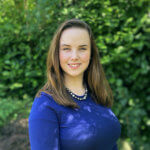 In most cases, the primary responsibility of calculating, reporting and settling insurance premium tax (IPT) remains with the insurance company. But similar to VAT and other indirect taxes, although the insurer acts as the collector and administrator, the economic cost is ultimately borne by the policyholder as the purchaser of the insurance.

The cost can’t be passed to the policyholder in one of two ways: either directly, as an addition to the quoted premium (where the tax is then borne by insured), or indirectly, by including the tax costs into the total premium charged (often described as tax borne by the insurer).

One characteristic of taxes borne by the insured party is that the tax must be shown on the premium invoice – or if exempt from tax due to perhaps the class of business, this should also be specifically noted. For example, in the Netherlands, IPT is due on the total amount of premium charged to the insured and it must be separately disclosed from the premium when billed to the policyholder.

In the UK, if the tax isn’t included on the invoice, the premium stated is deemed to include the relevant amount of IPT.

Insurer borne taxes tend to apply to a book of business or on aggregate amounts rather than on a per policy basis. For example, the Portuguese Insurance Supervisory Authority (Autoridade de Supervisão de Seguros e Fundos de Pensões) require a contribution of 0.242% of total premium income net of deductions and cancellations relating to the undertaking’s direct insurance contracts. As this relates to total premium rather than per policy at point of sale, it’s an insurer borne tax.

A good UK example is the London Fire Brigade Charge. This is calculated on the gross amounts insured by the insurer each year, at a rate of £35 per £1,000,000 sum insured. The charge is due on movable as well as fixed property, so it’s impractical to pass the charge on to all policyholders – effectively making this another example of a charge borne by the insurer.

Co-insurance arrangements can further complicate matters. In most territories, each co-insurer is responsible for the declaration and payment of taxes relating to their share of the premium. However, in some cases it’s more practical for insurers to remit taxes to the lead insurer for single settlement. For example, in Cyprus stamp duty is €2 regardless of the premium value and it would be reasonable to pay this small amount to the tax authority in full.

It’s important insurers stay up to date with all relevant taxes and parafiscal charges that apply to the coverage offered. This will not only help in complying with tax authority obligations but will ensure they’re not left with an unexpected bill.

Keep up to date with the ever tax changing landscape by subscribing to our blogs and following us on LinkedIn and Twitter. We also host regular webinars with our in-house specialists who are on hand to help.

Christina is a Manager in the Compliance Services team, responsible for delivery of indirect tax compliance services for a portfolio of global insurers. She is a part qualified chartered accountant with over seven years of experience in dealing with European insurance premium tax. Christina previously worked in software development at Ordnance Survey and pensions administration at Skandia.
Share This Post
LATAM VAT & Fiscal Reporting
Sovos Acquires Taxweb, Extends Tax Determination Capabilities in World’s Most Challenging Compliance Landscape

Starting in early 2021, PayPal customers can buy, sell and trade select cryptocurrencies using their PayPal and Venmo online wallet accounts. Shoppers will also be able to use crypto to purchase goods and services using their PayPal account, according to Reuters last week. For the 26 million merchants participating in the PayPal network, expanding payment […]

Since the South Dakota v. Wayfair, Inc. decision, nearly every state has adopted sales tax economic nexus changes. However, Florida has not yet made any such changes. The Sunshine State has no remote sales tax law and does not have income tax. Some lawmakers proposed legislation that would require remote businesses with sales in Florida […]

By Tom Wark, Executive Director, National Association of Wine Retailers No one who pays attention to the ongoing political and legal battles over direct-to-consumer (DtC) wine shipping will doubt that this is a contentious area of the law. Claims concerning retailer wine shipping emerge from every corner of the regulatory landscape including the wholesale tier, […]

The South Dakota v. Wayfair, Inc. decision made waves in the sales tax nexus world, with ripples being felt in every state. The Texas sales tax nexus rules were no exception, and all businesses operating in the Lone Star State – remote organizations and those with a physical presence – must ensure they stay compliant. […]

It is essential that California businesses – both those operating remotely and that have a physical presence in the state – understand and adhere to all sales tax nexus laws, especially when and if the laws change. Failure to comply with these obligations could impact how businesses properly collect and remit taxes, leading to audits […]