Insurance Premium Tax Across Europe – 2019 A Year in Review

Insurance Premium Tax (IPT) doesn’t represent a significant share of the total revenue generated by tax authorities.  In the UK for instance, it only accounts for 1% of the total revenue while the share rises to just 4% in Germany. However, over the past five years there has been a regular increase in the amount of IPT and other premium taxes collected within the European Union (EU), and in particular in the UK. However, this increase shows a split between the historic territories of the EU and those who joined more recently after 2004.

In Western European countries, France and Germany are the most significant IPT collectors, largely outstripping the UK, Spain and Italy. Germany has also seen a similar increase in IPT to the revenue generated from FBT (Fire Brigade Tax), with a 14% rise in the revenue generated from both taxes during the period 2014-2018. This figure is similar in France, where premium tax revenue has seen a similar increase (15%) during that period but the explanation for these results differ from one country to another. While the German upturn is only due to an increase in the amount of premiums taxed, France has increased its premium tax rates several times with increases in the rates applied to sickness and legal expenses insurance contracts.  The contribution to the Common Fund for Victims of Terrorism has also increased. The French Fonds de Garantie appears to be the main beneficiary collecting twice the amount of contributions in 2018 compared to 2014.

In Italy, the figures show a steeper increase in the amount of IPT collected (+30% since 2014) than for any other territory.  This is mainly due to the recently introduced legislative changes that increased the amount of IPT prepayment to pay from 40% in 2017 to 58% in 2018. As a result, the 2018 IPT revenue is up 20% from the previous year. The trend should continue in the coming years until the IPT prepayment reaches 100%, which is due in 2021.

It could be argued that Spain has been less efficient in collecting premium taxes since 2014 with only a 11.5% increase in the volumes collected, but that would be misleading. Indeed, unlike most other European tax authorities, the Spanish Consorcio has reduced some of its rates in the last couple of years; the contribution on motor third party liability fell from 2% to 1.5%, while some of the extraordinary risks surcharge rates have also been cut.

On the Eastern side of the EU, IPT is still in its early stages and the amounts collected remain relatively low. Among the territories that joined the EU in 2004, several have yet to introduce an IPT or similar tax regime. This applies in Estonia, Latvia and Lithuania but also in the Czech Republic. Hungary has introduced an IPT regime, but the model used to apply the tax (a sliding scale model) puts a higher burden on the domestic market than on foreign insurers as the more premium you write, the higher your IPT rate becomes. The same can be said about Romania, where there is a premium tax regime in place but only for domestic insurers and local branches of foreign insurers. Bulgaria, with the lowest IPT rate applicable in the EU, completes the scene of an area of low insurance premium taxation. In this landscape, Slovenia and Slovakia appear to be the exceptions having some IPT rates closer to those applied in Western Europe and with a limited number of exemptions.

For 2020, the European IPT focus is likely to be mainly on the UK with the next Budget to be announced in March 2020 and HMRC is expected to deliver its conclusions on last year’s IPT Call for Evidence. 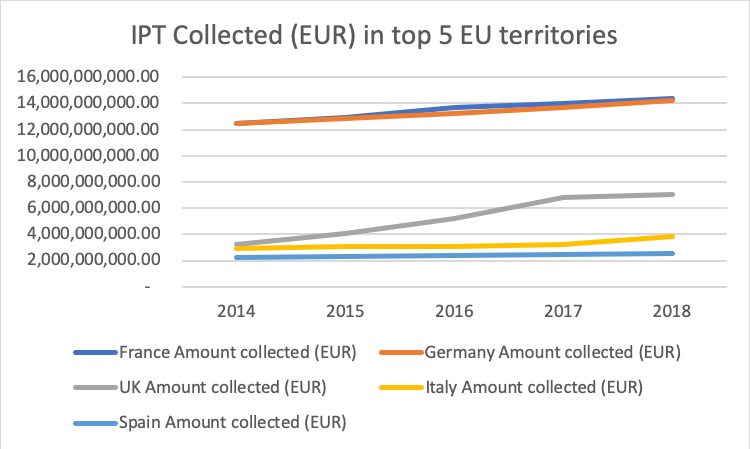 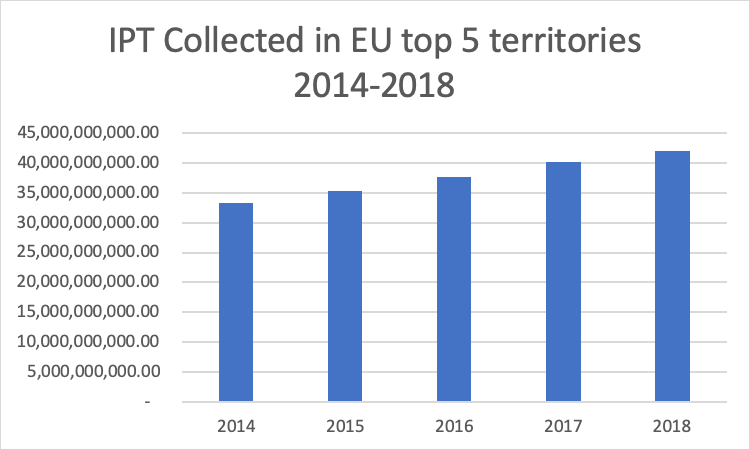 Senior Regulatory Specialist, Regulatory Analysis. Christophe joined Sovos FiscalReps in 2011 and has been managing the IPT compliance process for a portfolio of captives and French speaking clients. Based in France, he focuses on the development of the global IPT content and technology offering. Christophe completed a degree (certificate) in Journalism at Ecole Nouvelles in Nice, France. He is a native French speaker, and also speaks fluent Spanish.
Share This Post
LATAM VAT & Fiscal Reporting
Sovos Acquires Taxweb, Extends Tax Determination Capabilities in World’s Most Challenging Compliance Landscape

Do you have questions about the rules, regulations, and compliance requirements of the beverage alcohol industry? This series, Ask Alex, is a perfect opportunity to get those pressing questions answered straight from one of the industry’s regulation and market experts, Alex Koral, Senior Regulation Counsel, Sovos ShipCompliant.  To take advantage of this opportunity and […]