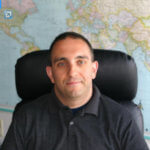 In a startling development that appears intertwined with local Kansas politics, Attorney General Derek Schmidt issued an opinion that attempts to place a temporary halt to the Department of Revenue’s (DOR) plan to extend its sales tax compliance requirements to remote sellers as of October 1, 2019 – leaving taxpayers in a state of limbo. For sellers that have robust sales tax automation tools in place, however, the uncertainty created by these circumstances is far less problematic.

Back on August 1, 2019, the Kansas DOR published Notice 19-04. In short, the notice signaled the DOR’s intention to compel remote sellers to collect Kansas tax effective October 1, 2019. This action was somewhat remarkable as it came on the heels of a failed legislative attempt to pass a remote collection bill that was vetoed by the governor (for unrelated reasons). It was also unusual because it applied to all sellers regardless of the strength of their economic connection with Kansas, meaning that one sale into Kansas, no matter how small, creates a compliance requirement.

What wasn’t particularly unusual was that the standard was promulgated exclusively by DOR action and not through legislation. Many states held the assertion that existing law gives them the authority to apply tax to the maximum extent allowed, and many states did not wait for their local legislature to act to put rules in place. While other states had a far different opinion, Kansas believed that it could not apply a small seller exemption (e.g. 200 transactions and/or $100,000 in gross sales) through its Notice but could only do so through legislation…and it turns out this assessment may come back to haunt the state government.

Without going into the particulars, the AG’s opinion holds that the Notice constitutes an invalid exercise of the DOR’s authority and accordingly there is no legally sufficient basis for it to compel remote collection on October 1. The opinion specifically points to the absence of a safe harbor for small taxpayers and hold, at a minimum, such a requirement could only come into existence through a more comprehensive notice and comment rulemaking process. As a result, the Notice has no force or legal effect.

However, Kansas Revenue Secretary Mark Burghart respectfully disagrees and in a statement published on the DOR website, he holds fast to his position that:

In short – the DOR believes that the Notice is valid, that a collection requirement exists, and sellers should comply. Whether the DOR would move to enforce this new requirement through an assessment or audit in light of the Attorney General’s opinion remains uncertain.

It’s possible that the DOR could deploy its rulemaking procedure to enact a remote collection requirement in a way that involves more procedure or formality, or maybe things become clear in a few months when the legislature reconvenes and possibly passes an economic nexus bill that the governor signs.

However, sellers need not be paralyzed with fear or apprehension. Companies that have technology solutions in place that “Solve Tax for Good” are readily able to adapt to expanded, adjusted, revoked, or modified economic nexus standards.

Download the presentation slides and recording from “The Speed of Sales Tax – How to Stay Ahead of Changing Regulations in 2019,” where Deloitte Tax LLP joins Chuck Maniace and Erik Wallin of Sovos to discuss trends in sales tax compliance that will impact tax professionals’ day-to-day processes and work.

The IRS has released the 2020 version of Publication 1220. One of the most notable changes is that Form 1099-NEC (Nonemployee Compensation)—which was previously reported on Form 1099-MISC utilizing Box 7—will not be a Combined Federal/State Filing (CFS) form. This means that Form 1099-NEC cannot be filed with the states through the CFS Program. The […]