Don’t Judge a Book by its Form: The Downward Global Trend in VAT Rates of E-Publications 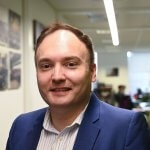 Charging VAT and other consumption taxes rarely has a significant effect on a nation’s economy. The impact is felt at a specific industry sector level and more acutely when applied to goods and services in the B2C environment where any additional tax burden can impact price sensitivity.  Distortions in competition and undue influence on consumer purchasing choices are common where similar offerings, or those meeting a similar need, are taxed differently.  Where different rates apply, and where multiple reduced rates exist, it can be confusing to know which items qualify for relief.  This, in turn, can lead to incorrect rates being applied potentially resulting in disputes and litigation between businesses and tax authorities.  The greater the disparity in rate and the greater the benefit/loss arising from the potential relief, the greater the potential for such dispute and litigation.

Using reduced rates is a popular tool for governments to guide consumer behaviour and in assisting their wider strategic initiatives, especially in areas that are popular with consumers and therefore with the voters.  There is a general trend and expectation that their application will not only continue to exist but will probably grow in the future adding to the complexity of the tax system and the resultant difficulties discussed.

When is a book a book?

When VAT rate differences between similar products are harmful to competition, this can simply be due to a lag between taxation policies and legislative construction and the onward march of technology, consumer choices, and other government goals and strategies, until the lack of alignment ceases to carry any logical rationale whatsoever and it merely exists as an aberration in the rules, and ultimately becomes counterproductive to its intended purpose.  A prominent example of this lag was the reduced rate in many countries (and a ‘zero’ rate in the UK) applicable to items of what HMRC describes as ‘printed matter’ – books, magazines, journals, brochures, newspapers and other informative texts.  For years, disputes and litigation focused on the different VAT treatments and variance in categorisation between these and other items such as maps, calendars, photograph annuals and notebooks.  However, over the past 20 years, pressure has increasingly shifted to their equivalent in digital media – ‘ebooks’, news agency websites, professional blogs, audiobooks, etc – whether bought outright or via subscription, supplied in a physical format such as a cd or dvd, or downloaded from a website or app.  The apparently common-sense contention that the application of the tax should depend on the underlying nature of the goods or services being delivered, and not their physical form, fell on deaf ears for several years.  The only practical excuse given by governments was that the printing industry would benefit from a degree of VAT relief for a period allowing it to adopt new technologies and manpower needed to preserve employment and maintain supply to a shrinking consumer base who were either unable or unwilling to buy the increasingly popular electronic equivalents.

In 2015, the International Publishers’ Association and the Federation of European Publishers carried out a study.  At that time, 22% applied the standard rate of VAT to printed books, but 69% to e-books.  Within the global scope of the investigation, the average VAT rate for printed books was 5.75%, whilst for e-books this more than doubled to 12.25%.

For years, Latin America had led the way (as in many areas of tax administration) with only Chile applying a positive VAT rate to e-publications.  An EU review of e-publications was always going to be happen once the European Commission (EC) had sought to prosecute both France and Luxembourg for unilaterally lowering their VAT rates on e-books (to 5.5% and 3% respectively).  This forced them to reinstate the former standard rates or incur significant financial penalties.  Those countries garnered support from other prominent EU economies against the EC’s position, culminating in a legal challenge of Poland’s decision to treat the goods involved differently for VAT which amounted to a breach of fiscal neutrality.  It was unsurprising that a political shift had taken place when the EC launched its 2016 Work Programme, which included a review of VAT rates as they apply to new and emerging technologies.  The review’s outcome triggered an effective about-face of the EU’s strategy of harmonising and minimising VAT rates throughout the bloc, with member states now being given much more freedom to set further reduced rates to those already in place along with a widening of the goods and services within their scope.

Unhampered by the lengthy review and consultation processes of the EU, Switzerland showed the way by applying an ultra-reduced rate of 2.5% to e- publications from 1 January 2018.  A period of debate and continued lobbying from some of the larger member states followed, until finally an agreement was reached on 2 October 2018 for an amendment to the VAT Directive from December of that year.  The amendment permitted any member state to reduce VAT rates on e- publications even to zero (provided that they already had such a rate in place for ‘physical’ printed material).  Considering that the previous minimum rate at that time was 15%, this was a revolutionary change.

EU member states have reacted to the new legislation in varying speeds.  Some introduced low rates almost immediately starting on 1 January 2019.  The most recent to make the move has been Scandinavia, with Sweden and Finland bringing their rates down to 6% and 10% respectively from 1 July and Norway carefully aligning with that launch but gaining an advantage (not being in the EU) in applying a zero rate.  Austria, Germany and the Netherlands are still to introduce their own changes (according to published plans) from 1 January 2020, whilst an implementation date is still awaited from Spain even though it has been provided for in legislation.

A tale of Brexit

The UK is arguably the only major EU economy not to have moved on this issue.  Here the standard rate of 20% still applies to e-publications, with their paper counterparts still attracting the zero rate.  This hasn’t been without substantial petitioning from the UK’s commercial publishing representative bodies.  A report by consultancy Frontier Economics, Assessing the Case for Zero-Rating VAT on Digital Publications put the direct cost to the Exchequer of equalising this position at £210m in 2019/20, rising to £250m in 2023/24.  However, this is opposed by an approximated £2.5bn every year in addressing poor literacy in UK residents that is projected to impact GDP growth by 2025 by over £30bn. E-books and other digital formats are now widely read in the UK, especially by those with mental and physical disabilities.  Will UK readers continue to be penalised for embracing digital?  Whilst Britain was in a pivotal position in shaping EU policy including tax legislation, the resistance from its government appeared to be chiefly political, primarily a fear of reopening the challenge to its zero rating of printed matter as well as other goods and services that are effectively unique in the EU VAT regime.  Today, over three years since Brexit negotiations started, it could almost be forgiven that UK plc has been overtaken by more pressing matters.

What’s on the next page?

With the notable exception of the UK, the European economic disparity between books in different formats has now greatly reduced and has set the scene for other key global economies to review their tax policies in this area.  No doubt focused on improving its own adult literacy levels, India is considering a reduced rate in its recently implemented complex Goods and Services Tax (although no implementation date has been set).  Conversely, contradicting the trend, Turkey has removed its lower rate entitlement for these products, significantly raising VAT to 18% (this is attributed to a sharp localised fall in printing businesses in the country).  No further notable legislative reviews have been announced yet relating to this discrete industry sector, although it can surely only be a matter of time before the remaining large players with consumption tax systems follow the South American and European models.

The taxman giveth, and the taxman taketh away…

Despite the slide in VAT burden on electronic reading matter, the majority of other digital goods and services remain subject to generally higher rates of VAT; yet one binding similarity is that any tax burden falls on the consumer, and charged according to where that consumer is located, not the physical location of the supplying business.  This is a nexus template that is gaining traction in evolving direct taxation policies throughout the world, in what might be the cusp of a fundamental reinvention in the execution of corporate taxation, triggered in no small way by the tax strategy behaviours of the global tech giants.  We are of course talking of the rise of what are commonly referred to as Digital Services Taxes…but that, of course, is another story…

To stay ahead of the VAT compliance landscape, follow us on LinkedIn and Twitter and keep up-to-date with regulatory news and other updates.